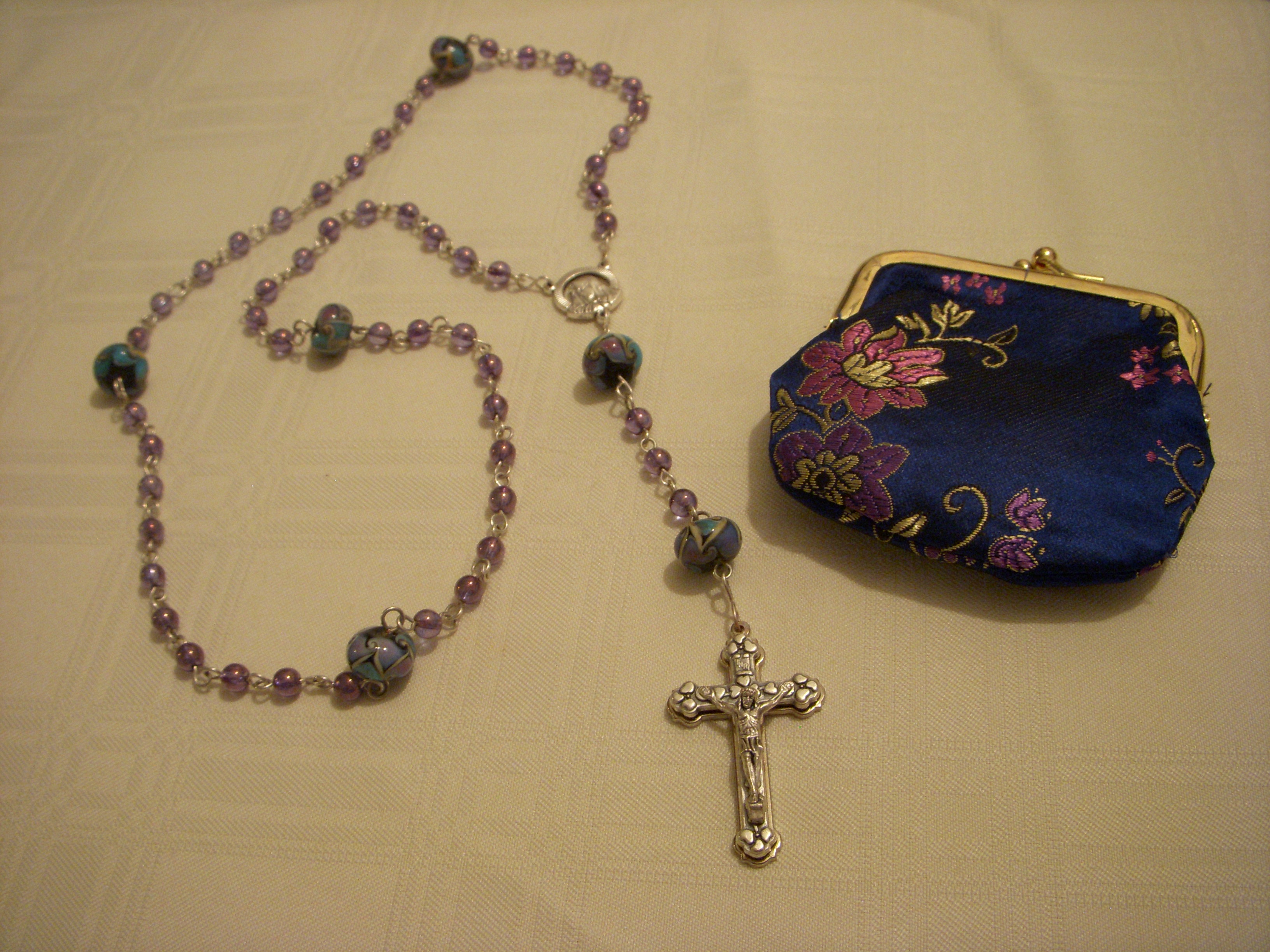 I began making rosary beads several years ago when my sister, Erika, asked me to make her one in purple.  She converted to Catholicism when she married a couple of decades ago. I am not Catholic, and was not aware of anything other than the numb