When is the last time you made a mistake? 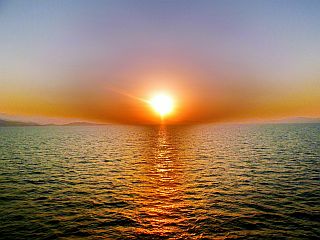 I made a mistake, recently, and said some things that I now regret. Can you relate?

I know deeply, especially upon contemplation and reflection, that the real reason I said those things had absolutely nothing to do with the people I named but more about me and my feelings. I confessed and apologized.

Repressed feelings can cause non-sensible outbursts; and it shouldn't make sense to others, because it's more about "me" than them.

It's never to late to contemplate on what happened....

Some, who had experience making a fool of themselves, knew: she's upset about something and it's deeper than what it appears to be

Some thought: she's not one of us

Some thought: I'm afraid to connect

Some said: This isn't the person I know

Some said: She's not happy today

Some gave advice or suggestions,

Others talked behind her back,

That all said, no matter what was said or done, I know that my mistake don't touch the totality of who I am.

I also know that behaviors have consequences. The consequences I will live with, but what means the most to me is the lesson learned.

The lesson in Don Miguel's book , The Four Agreements, brings solace to me.

That's why one of his laws is: "Don't take anything personally."

I make mistakes all the time. I think, like you, that the important thing is owning up to them and trying to do better.

I didn't take it as being flip. If that is what your experience is, that's cool. My feelings sometimes can do a marathon in 5 seconds...LOL

I too make mistakes but after a great deal of reflection and contemplation... I blame someone else....mwahahahah

I made a mistake today by watching The Warriors Way. Argh.

Thanks AngelSharum for some reason it was on my mind today and I wanted to write about it. Thanks for sharing your experience.

I forgo to add those lines to the article. I've done that one too. And who cares, right?

You're lucky your mistakes are only things like that. It's no big thing, but a penny for my thoughts and now I feel better having written it. (right forum? who knows?)

I'm a man therefore I don't admit my mistakes. I cover them up with bigger mistakes.

I make mistakes every day, but most aren't relational. That's because I hardly ever see anyone but my husband.Occasionally I say something he takes the wrong way when it was't meant to attack him, but he thinks I am.

I am infallible. (lol)! Mistakes are a part of everyone's life. I do not count but I must be making several mistakes.

Oh! So it's YOU folks who are making mistakes! The rest of us were wondering ho it was. Now I know. :)