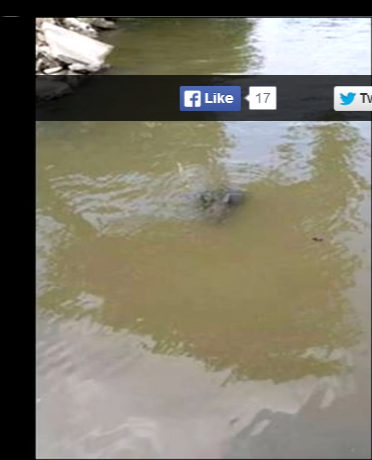 There has been a rumor going around lately in the city where I live at Decatur, Illinois that there is an alligator in our lake. There have been photos spread around that show a rather large alligator in a lake and just recently, a photo with it with a large deer in its mouth. Something lurking below the surface of the water? Probably not.

This has been driving me crazy since I saw the photo that my son posted last night with the deer. So I did some research. On http://www.illinoishomepage.net/story/d/story/lake-decatur-alligator/46251/M_DasBt5FU-t2MtUldSNqg, they did a report on this and the local lake patrol say that the first pic is a picture of a log in the water.

So here are some facts. I live in the Midwest in Illinois and an alligator could not survive our cold winters here. This alligator is not a baby. It is a rather large alligator and has been around for awhile. 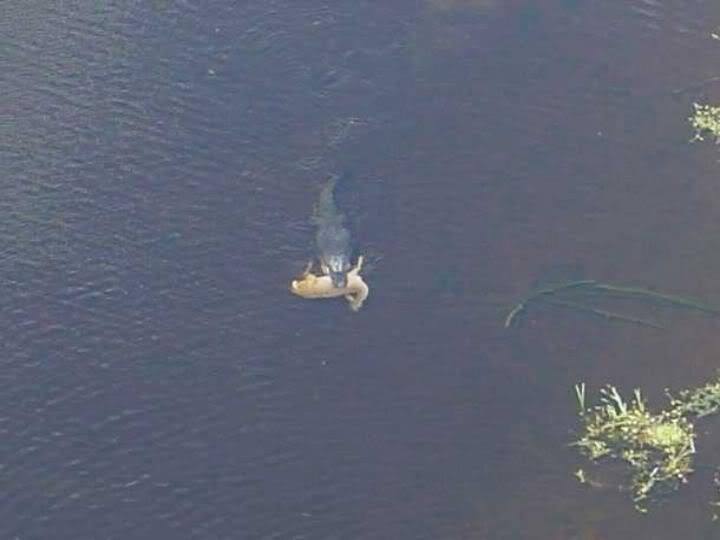 I searched Google Images for this second photo with the alligator and deer and found the origin of that one. According to http://www.truthorfiction.com/rumors/g/gator.htm#.U9wZo_ldXEV, this photo and the one below was taken in 2004 by Terri Jenkins who is an officer of the U.S. Fish and Wildlife service. It was taken over the Harris Neck National Wildlife Refuge about 40 miles south of Savannah, Georgia. A news release states that she was in a helicopter that was starting prescribed fires in the refuge. She saw the 12 to 13 foot alligator swimming with the full grown deer in its mouth and snapped the photo.

So there you have it my fellow Decaturites and anyone else that believed it. There is no alligator in our Lake Decatur in Decatur, Illinois.

©Charlotte Raynor, and not to be used without permission. The article may be shared if properly credited and linked back to this source. Thanks for reading!

People eat this stuff up...they see beasties everywhere and give no thought to how they would survive...

Don't you hate when people make up fake stuff like that. Guess they have nothing better to do.

Someone is pulling ur leggis. Al don't like the cold no.

Good post. Moral of the story. Never trust stories that do the rounds unless one does research on them.

I wonder how good the fake news industry pays. :)

That log does look remarkably like an alligator. I wonder if it was tweaked a bit with Photoshop.