First of all, I'll give you an overview of what the show is about. I stumbled upon a show called "Married at first sight" last Sunday. Sunday is normally a down day for me as I'm usually in the house doing chores and relaxing before preparing for the week; examples are: laundry, cooking a big dinner, folding/sorting, cleaning our rooms, etc. My Days are normally unpredictable, so I'd rather do all of it on the weekends to be on the safe side so if I do have down days during the week, maybe I can go to bed early and brush up on some beauty sleep, or whatever it is I can do with my spare time. Furthermore, the show is obviously a relational experiment. Four experts are brought together to access individuals who agreed to take on such risk and match them with someone based on scientific matched qualifications.

Do I like the show or not? It's a Go! I absolutely don't see anything wrong with an individual wanting to fine someone who feels Fulfilled but lacking one thing-- a soul mate. Dating can be very tough in today's times as more and more baggage is erupting nowadays! This show is the innovative "new" way of arranged marriages, except it's up to the male or female to tell the experts what they want in a life partner, not the parents. After all, I wouldn't want to Marry someone my Mom/Dad picked out who I may not be physically attracted to! But, I think the show demonstrates a good point: Are you into the Old school way of dating which is to date until you find someone who meets your qualifications (although still developing themselves), build a relationship, and groom it into a marriage or would you rather be matched with someone who has been there, done that and ready for marriage, a Union?

Whats your favorite thing to do on Tuesdays? 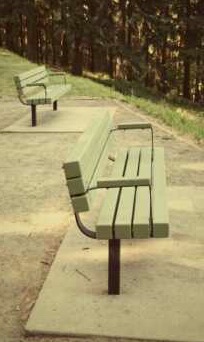 I haven't heard of this show, and this is my first time hearing about the show. It is quite interesting and true to some married couples.

&lluvhtc , Check it out, I'm sure you'll find it interesting.