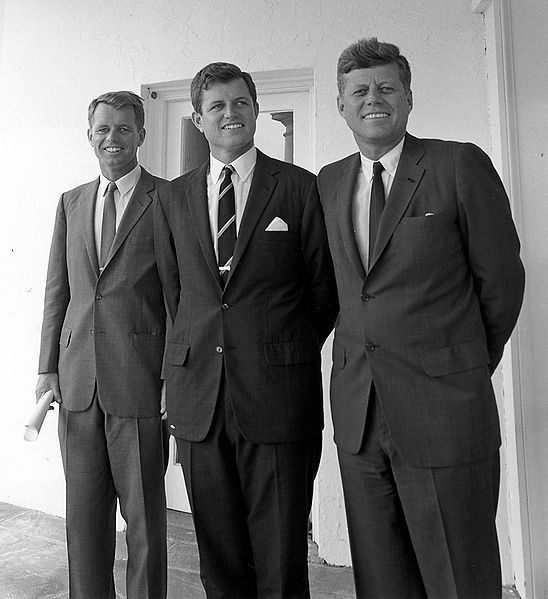 It has been more than 50 years since President John Kennedy was assassinated . Still people argue about whether or not Lee Harvey Oswald, who was charged with murder in the death of Kennedy, acted alone.

There have always been people who have insisted that it would be impossible for a lone gunman to have completed this deadly mission. Much of the details died with Oswald who, too, was murdered. He was shot to death by Jack Ruby before his version of the story could really unfold.

Oddly, the number of people who believe that Oswald did not act alone has increased as the years pass, according to the research organization, Rasmussen Reports . This company commissioned a pollster to track how many Americans subscribe to the lone gunman theory (what I refer to as the ONE NUT THEORY) versus some sort of conspiracy to by a group of people to do away with Kennedy for some complicated, nefarious reason.

While the majority of Americans (45 percent) still believe that Kennedy was murdered by Oswald (the lone gunman theory), according to the recent poll, about 32 percent of Americans now believe that Oswald did not act alone. That figure has steadily been increasing over the last few years.

I would have understood if the number increased directly after the Oliver Stone movie or after some groundbreaking research, but the upsurge in the idea that there was some sort of conspiracy in the Kennedy assassination seems sort of random to me.

Do you believe that Lee Harvey Oswald acted alone when he murdered President John Kennedy. Or, do you think other people had to be involved. One writer friend said many people just can fathom that one person could have planned such a well-thought-out---and successful---plan.

For Those Who Love Pondering Great Thoughts...

Wow! This is an interesting question. I really don't know. There are so many people who may have been involved in a conspiracy, but many ended up dead soon after Kennedy was killed. The Dallas museum dedicated to this (it was in the old depository) had a wall that mystified me. It listed all the people with information about the killing and the number who died under mysterious circumstance -- really ODD -- was staggering. Now, admittedly some were lowlife folks, but others were not, and they were killed by a brick through the windshield on the freeway, etc. It's a mystery that I can't answer. It's possible he acted alone, but it's also possible he had some help.

I wouldn't put too much reliance on what people say in a poll - just look at the proportion of Americans who believe in the literal truth of Genesis Chapter 1 for example. Also, you would have to be around my age (i.e. at least late 50s) to have any memory of the events as they happened, so most of those being polled would only have acquired their information at second or third hand (or more). They are therefore likely to have been influenced by the rumour mill and the conspiracy theorists. However, that is not to say that they are not correct to think as they do - if asked, I would probably go for the 'did not act alone' option, because there are too many unanswered questions.

The allegation that Oswald did it alone just has too many inconsistencies. And, whenever I'm called crazy for being a conspiracy theorist (in spite of my attempted sellout to yahoo) I can't help but wonder what sort of dummy calls it crazy to think powerful people might get together and plan something in secret.

I imagine seeing a wall full of names that way would boost the theory that it is a conspiracy. One oddity at a time is one thing...but when you get a HUGE visual like that, it has to have an impact.

I agree with you on the info being second and third hand...possibly even seeing it from movies more than anything else. I think there are lots of unanswered questions, but I still really lean to the one person view.

I think powerful people plan things all the time---and they may put a bug in someone's ear to do something. In that sense it can technically be alone but done by one fall guy.

KimRemesch Well, I do not believe Oswald did it alone or even did it at all. I believe Oswald was the fall guy for it. I read a book some years back. The book was written by the son of Joe Bonanno. Bonanno was the head of the five families in the mob. Well, anyway, the book explained a lot about the mob and Joe Bonanno himself. But at the end of the book he revealed how Kennedy was killed. It was an ordered hit from the mob. He went on to explain that there we six gunman placed in certain areas. Now remember, Kennedy's father was involved with the mob. And also Kennedy's brother Robert was going after the mob at the time. So, after reading the book and learning that, it all fit together. Oswald was just a fall guy for the murder.

I can remember the day the assasination was announced on the radio...
My question would be - Does it really matter? Nothing is going to alter the fact of his death.
The problem I have with so many of many conspiracy theories is - There are to many people involved. And keeping those people quiet would be impossible. No matter what threats or incentive could be imposed, there will always be someone somewhere who will 'spill the beans'. Circumstances change day to day, a promise to stay silent today might mean nothing tomorrow.
I would go for the Lone Gunman.
But then there is Riby... Was he just an agrieved citizen? Someone who thought that he would avenge JFK? Or was he pushed...? lol
We will never know.

I don't buy MythBuster's "debunking." There still too many points they just glossed over or ignored.

I was in my Mom's womb when this happened, so, ever since I was old enough to understand what happened, I thought Oswald was a lone gunmen. But, today (in the past 10 years), after reading and hearing the other theories about this, I now think that Oswald did not act alone.