How to Cut a Pattypan Squash 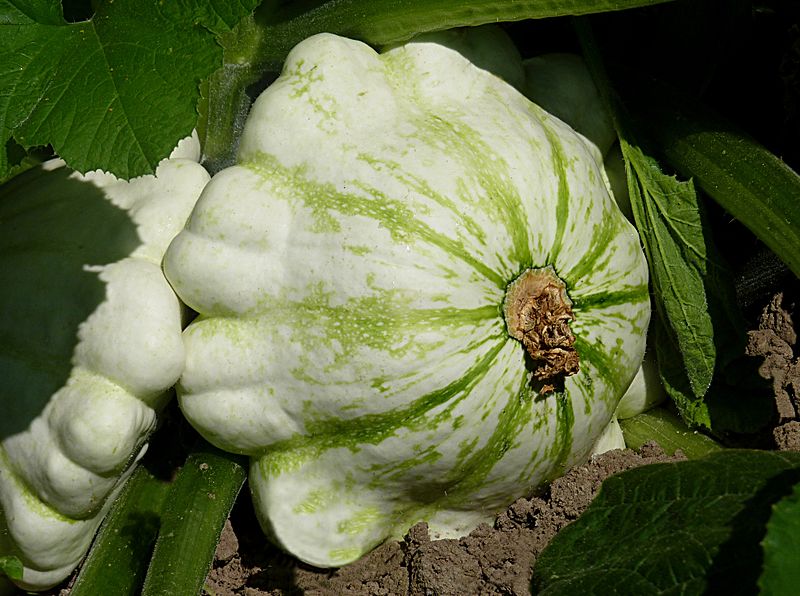 Summer squash are in season now, and I couldn't be more pleased. I love zucchini in just about everything, so I'm thrilled that the fruit stand where k_mccormick2 works got a shipment of squash this week.

The problem then was, how exactly does one cut a pattypan?

As always, we took our question to the internet. I found a simple video on YouTube that instructed us to just cut off the stem and the blossom end and chop it up the same as a zucchini. The kind lady who made the video wasn't counting on the fact that our squash would be overgrown, and so would actually have seeds in them (we chose to remove that bit.) But otherwise her instructions worked out just fine.

The pattypan and part of one green zucchini went into a vegetable soup tonight. But there will be a lot of other delicious squash dishes to come soon!

A Tao of Web Writing

I just so happen to love squash. I'll be looking forward to learning a few new dishes.

Oh yeah! Now I can't wait to see what recipe you post after harvest. I love all kinds of squash.

White squash is another name for pattypan. Mine aren't white though, they're a yellowy orange.

I still haven't cooked anything else with them, but I have been having fun looking up zucchini muffin recipes :)

So far, I've mostly focused on spice loaf and muffin recipes to use up the zucchini. I've picked out a couple I want to make, and hopefully I'll get around to it soon. We shredded zucchini for freezing, so we wouldn't have to rush to bake :)

Shredding zucchini for freezing, is, in-and-of-itself, a great tip. :)

I was wondering how you were going to cook it :) I made some of mine into fried zucchini and grated the rest. I think that is something that I am going to add to my meal tonight or maybe add it to my soup that am making later. :) Thanks for the inspiration momma :)

We ended up putting part of it in our soup, and the rest in a stir-fry. There's also shredded zucchini waiting for baking (when the weather cools down a bit!) And I still have a couple more zucchini in the fridge!

How true! I'd never given it much thought until a while ago because we usually just had enough for a few meals at a time.