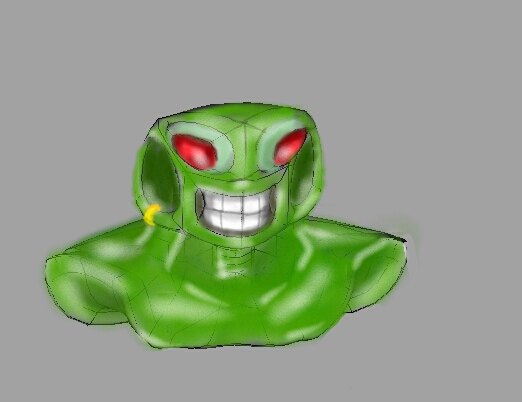 There is a software that im using in my cellphone that i find my useful in being a graphic designer. First i downloaded the subdivformer to create a 3d character. I form the character using my imagination. First, its only a ball with faces, but after i did some forming, a character will come out. Use your imagination on how it will look like. Its up to you wether its a thing or a character. By default, the color of it is only gray. Theres no color that can be added to it. But then i found a perfect software for that. Its called infinite design. Its more of a photoshop. It has layering, import of picture and blending. The outcome will be great if you have an artist inside you. Everything is downloaded in google play in android for free! Maybe you will have a good design than mine!

I love this type of software but there is no artist inside me, I'm afraid, or if there is, it is very well hidden! But even so, you can sometimes get amazing results on this type of program, even without being an artist, just by luck.