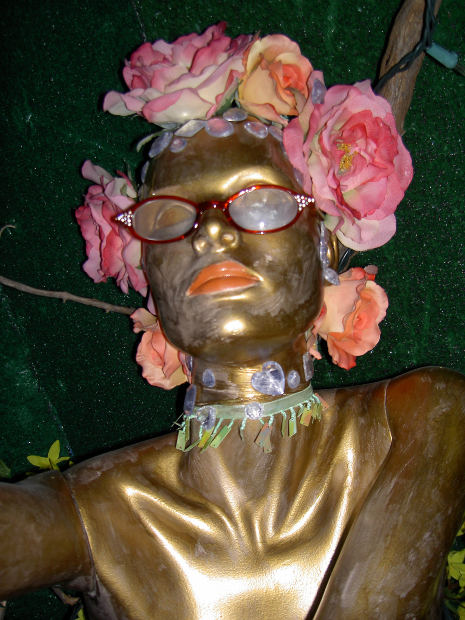 Don't get me wrong, I am all for equal opportunity in the workplace. One thing about living in the United States is that there quite a diversity of culture here. Still, in the workplace I think there should be a level of decorum, especially where customer interaction and service is concerned. Take a recent trip my wife and I made to our local Walmart store. I observed one of their employees who had on his blue shirt with the collar cut off and clearly trying to give the appearance of showing off some cleavage. The problem was that the employee was male, not female. He was also wearing double large-loop sparkly earrings in one of his ears, with another piercing at the top of his ear. Clearly female earrings and quite flamboyant if you ask me. His pants were way too tight, and I was left nothing to the imagining eye.

I get that the guy is obviously gay. That's fine with me. People can do whatever they want and be whatever they want. This is , after all a free country. But again, I feel that there should be at least a modicum of decorum in the workplace and the way this employee was dressed was, in my opinion, not appropriate work attire.

When I told my wife my thoughts on decorum in the workplace, she responded with, "Well, this is Walmart."

So true. So okay, we get a good giggle from time to time observing some of the clientele of the typical Walmart store. The question is does Walmart really want the "People of Walmart" to include its employees as well? Is that the image they want? Or am I just being an old fuddy duddy in my thinking?

I Want To Rip My Hair Out

I used to be bugged by such things until realized it's usually the nice "normal" looking folks who are sometimes the monsters. Dahmer? Typical "boy-next-door" looks. Gacy? Freaking clown for kid's parties. "Bundy? Good-looking, young law student.

You just never know. Unless you can read souls.

I never thought about it quite like that, but you know...you're right. I liken it to two guys you know. One talks all day long about all the butt he can kick. The other is quiet and just goes about his business. HE'S probably the guy that you'll never see coming. :)

Given the litigious culture of the US I'm thinking that if the management of that store were to say anything to this guy or try to enforce any kind of dress or uniform code they would be hit with a lawsuit the size of Manhattan! Am I right?

Honestly, I don't care how the person looks or is dressed as long as I can get my stuff from Walmart as cheap as possible.

I am surprised that they allow that, oh wait a minute, this is Walmart, so not too surprised! 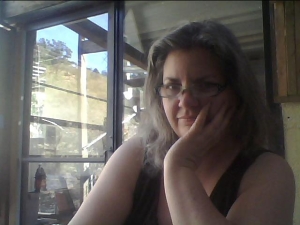 I suppose it is a major case of fear of lawsuit, honestly though I don't mind being individual, BUT in most jobs, there is a dress code that applies no matter your gender or self identity, if that was a genuine home grown female dressed that way, would it have been appropriate or not? I spent many years working in the hair industry, where I worked it was a fairly conservative salon being in a semi-high end department store, I remember going to seminars and training classes where other salons attended, it was amazing what passed for suitable attire (for the men, women and other...).