Pardon Me For Wanting to Live

Please forgive me. I am a Jew, an Israeli, and I know that I – as well as my fellow countrymen/women – cannot ever seem to get it right! You gave us a couple of days’ grace to get rid of those pesky Hamas weapons caches and we really did hope to get the job done quickly and surgically. But when the death-toll on the Gaza side of the border surpassed 100, mostly innocent adults and children, we knew you would think we overdid it. I am so sorry that our intelligence, good as it is, wasn’t enough to lead us immediately to all those secret storage places above and below ground. And I weep for those Palestinian families who have been irreparably torn asunder.

I also want to beg your forgiveness for not having been killed. With our deplorable Israeli chutzpah, we developed the Iron Dome that seemingly magically neutralizes most of the hundreds of missiles Hamas sends our way. Maybe we should deliberately misfire (or neglect to fire since they are too darned expensive) a few of those anti-missile missiles and let some Hamas rockets make their mark, preferably the ones aimed at heavily populated areas. If enough of us will have the decency to die, then you might accept that this really is a defensive war on our part. But no! We are a stiff-necked people indeed!

Now, please help me understand something: We unilaterally evacuated Gaza in 2005, dismantling 20 thriving agricultural communities, leaving the agricultural infrastructure intact and operational just in case Gazans might want to assume responsibility for them, given that they had been working with their Jewish neighbours over the decades we were there. But they tore down the greenhouses and probably ripped up all the computerized irrigational systems and then claimed unemployment status and the world’s sympathy.

So, while Gaza is now judenrein, we are still being accused of occupying Gaza. I am sorry my little Jewish mind just cannot wrap itself around that concept. I know this is important because that is the reason given for why the Israeli towns and villages nearby Gaza have been under missile fire almost daily ever since then, and why we are being labelled aggressors in this most current of wars.

Oh, so we’re not really occupiers, you correct, but oppressors? That is because we have restricted the movement of Gazans at sea and across border crossings into Israel? I’m sorry. You are right. We should keep all transport avenues open for the import of weapons and export of suicide bombers. How inconsiderate of us! I know that not all Gazans are terrorists, but we haven’t quite figured out how to make our borders selectively permeable without the admittedly awful border checks.

In short, please forgive me for being a Jew who just happens to want to live and watch my grandchildren grow up. I know that it would be more politically correct for me not to run and hide at the next siren and stand outside in the hope that one of the missiles sent by Hamas gets through our anti-missile system and adds me to the statistic of dead and maimed Jews that will either qualify our response to existential threat as “proportionate” or provide the pictures of bloody victory that Hamas needs in order to agree to a ceasefire.

Image Credit » This is my own photo.

The Unmasking of Rachel Dolezal: An Unintended Benefit

As an American, I cannot fully comprehend what it must be like for you, sherioz, to live in a land you love that has been targeted by its neighbors. We hear so little of the truth from our own media. The people of Israel truly did restore the wilderness into something as green and bountiful as the mountains of Lebanon as Isaiah foretold. I am ashamed of our current administration and its misguided foreign policy as it relates to Israel and her neighbors. I too wish for you and your grandchildren a long and prosperous life, hopefully someday soon free from threats from outside your country's borders. Shalom.

Thank-you, Sandra. I hope it is clear from what I wrote that I also hope for the day that the Palestinians will have sovereignty and will focus their energies on building a strong, dignified and successful nation.

It would be facile to say that the government of Israel brought the current situation upon themselves - although I believe that there is some truth in that - because such a statement does not actually help anyone. What is necessary is for the two communities to live side by side in harmony, which was the original plan in 1946 that the Israelis tore up at the first opportunity.

Both sides need to take action that they really do not want to have to take. Hamas must retract their policy of destroying Israel, and Israel must give up all their settlements on land that they conquered in 1967. With goodwill on both sides peaceful coexistence is possible. Without it - extremely difficult to envisage.

I am amazed that you say that Israel tore up the original separation plan in 1946. It is accepted historical fact that Israel accepted the partition plan and the Arabs rejected it (there was no such thing as a "Palestinian" at that point in time). Immediately after independence was declared in May 1948, all Arab states attacked Israel. I am very sorry that we disappointed you and many others by insisting on surviving.

I agree that the government of Israel (and the Israeli people) brought the current situation upon ourselves - our silly determination to continue to exist as a nation really is the ultimate gall.

I also agree that all of us have to find a way to live side-by-side in peace and live-and-let-live.

I don't understand why the idea of judenrein and making it illegal for Jews to live in any particular place is not considered denial of the human rights of the Jewish people. French people live in Germany, Italians in the UK, etc. But God forbid a Jew should live on the West Bank!

This makes me so sad. I wish we could all just get along. We all share the same planet, so what is the problem?

I am very glad that you are ok.

Thanks, gidget. I also wish we could all just get along.

As I understand them, the events of the years 1946-8 were confused and bloody, with rights and wrongs on all sides. However, the actions of terrorist groups such as the Irgun - for example in the Deir Yassin massacre - were surely aimed at creating a situation in which as many Arabs as possible would flee their land so that the Israelis could occupy it instead. This was not what was promised in the Balfour Declaration, which specifically made it clear that a national home for the Jews in Palestine would not be to the detriment of the native Arabs.

There is surely a huge difference between the building of settlements in the West Bank and Italians (or whoever) living in the UK. Foreigners who live in my country do not import armed guards to look after them or deny British people access to the streets in which they live.

I suspect that what has happened is that Israel proper has run out of space for all the Jews who want to live there, due to the open immigration policy, and so there is pressure to continue to build on occupied land. Every new settlement that is built makes the two-state situation less likely, and that is exactly what the Zionists want.

Of course, there are instances during war when every side made ethical errors and that is true for every country on the face of this earth. Deir Yassin was horrible and Israelis are struggling to come to terms with it. You need to also remember that some of the Arab villages were on the only roads to other Israeli towns that were being choked off, unable to receive food and water and it was the job of the Israelis to make sure all roads were kept open. There is still much to be uncovered about what really happened.

"The Zionists" is a complex heterogeneous group of people with wildly varying opinions and wishes. Many who call themselves Zionists (like me) want peace and look forward to the day when the Palestinians will have sovereignty and will build a strong and healthy nation. 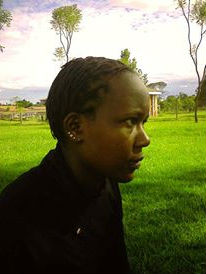 A sad situation it is especially hearing it from an individual as opposed to the biased media. Peace is what I wish you sherioz . 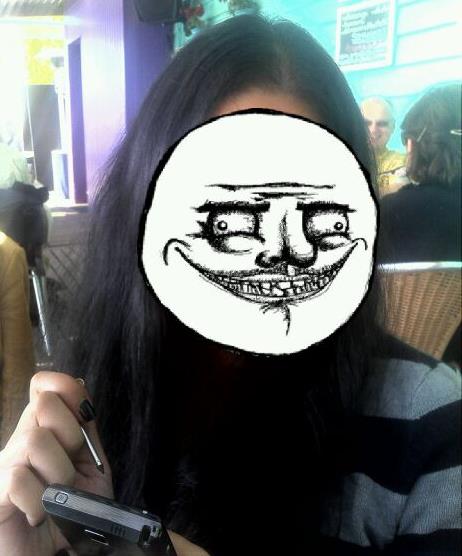 You have my sympathy. Unfortunately, extremist minorities are the ones getting the attention for their violent actions. I wish we could all get along and forget minor differences that have nothing to do with the fact that we all have the right to have a home and a peaceful life.

Thanks DoubleDabrew . I hope you never have to know such a situation.

VASS , it seems many world leaders have finally understood that our problem in Gaza is not with the Palestinian people but with Hamas who wants Israel to disappear. Ordinary people do get along just fine, in many cases.

Well said. I think Hamas is using the Palestinians as a shield for their nonsense, and hoping that world opinion will turn on Israel as civilians are killed. Unfortunately, many people don't actually read the news and they form opinions based on little factual information. Stay safe, my friend. My thoughts are with you, your friends and your family. This is a difficult situation, but the Israeli people know what it takes to survive and prosper!

Children were bombed in open beach and still no explanation was provided. Excessive use of force, targeting schools and hospitals...etc cannot be justified in any way. The blockade imposed on Gaza is shocking and just by looking at some of the banned items by Israel makes one ashamed to be human. It is this policy that made Palestinians fire mortars. So no, Israel is not defending itself, not by any stretch of imagination. Palestinians have every right to live just like everyone else on this planet.