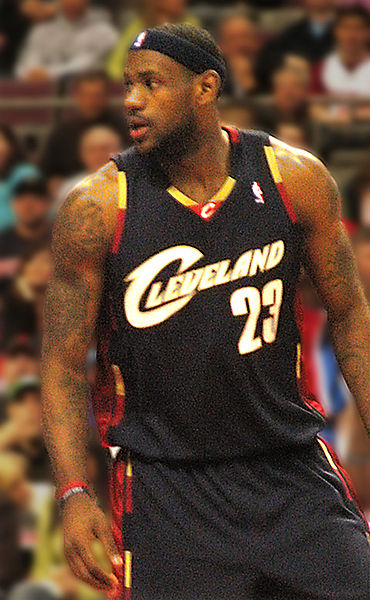 I just watched it on the news, Lebron James has announced he is returning to the Cleveland Cavaliers . After all the drama of the last few weeks, the so called Decision 2 has been made.

I think this means the end of Miami as the most dominant team in the Eastern Conference . Not sure what Wade and Bosh will do next, but without Lebron they will not be able to win championships, that is for sure.

However, the return of Lebron to Cleveland does not mean the Cavs are going to become champions either. They will need a couple of good players that can play along with James to have any hopes, but I do not think that is going to happen soon.

What do you think of this move?Was this the right decision?

Do you think Lebron has a chance to win championships with the Cavs ?

A chess match at the World Cup

Wow! This is a surprise development.

It was kind of expected since Lebron announced we was becoming a free agent, a few weeks back. But Cleveland did not appear in the equation until a couple of days ago.

&debbyms56 I am sure this is great news for you and all Cavs fans. He is just an Akron kid, and as you said wanted to return home. It will take some time before the team can win championships, probably 3 or 4 years. Don't have your hopes too high for an apology