On Facebook, my niece was talking about what a great show True Detective was, which I had forgotten about, it stars Matthew McConaughey (be still my beating heart) and Woody Harrelson.

I had seen the show in the beginning but forgot about it.

Has anyone seen the show? I have only seen a few episodes so I want to catch up.

I called my cable company, Charter, to see if there were any deals I could get on HBO or Showtime, because Masters of Sex should be coming back soon too, and they gave me a deal of getting HBO, Cinemax and Showtime free for a year. Then he cut off the price of two of my boxes! (I have three and a DVR box, as well).

I feel like I am a fly walking into a spider web!

Image Credit » Made with a google generator 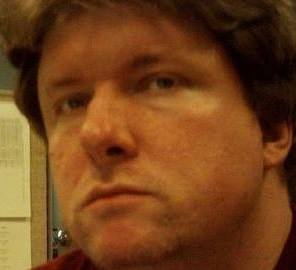 I loved True Detective but am a bit disappointed to learn that next season will be unrelated to this season. I mean, there was a lot not wrapped up including the who exactly the villain might be.

I have missed so much, don't know why I forgot about it especially being such a big fan of Matt's, who incidentally I would love if he would bear my young! :D

I've seen a couple of episodes. Wanting to download the whole thing and watch it in one sitting.

I just signed up for HBO thinking I could watch it ondemand, but it's not there. I guess it is done for the season.