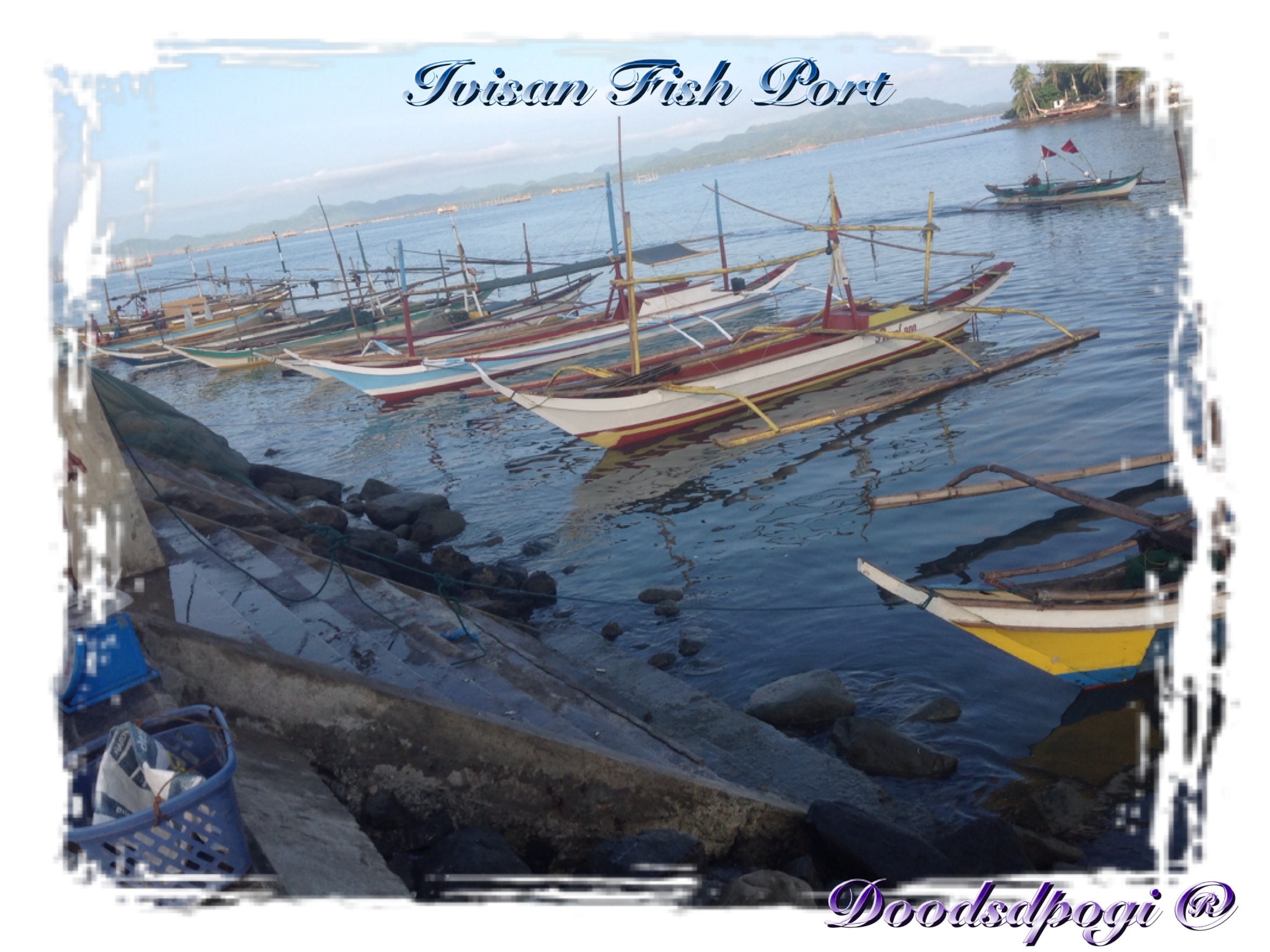 The fiesta was over but I was not the first one to wake up. I saw the host's already taken a bath and ready for his work. His wife and daughter was not around, they were at the fish port.

I have short conversation with the host. He was building three big boats at that time. One was almost done while the other two were partially completed. I was amazed by his skill. According to him a boat of that size can be completed for three weeks. The contract price is almost the same as the salary of the worker in the Metro.

At around eight o'clock in the morning we decided to go to the fish port wherein we met the mother-daughter tandem from there. They have bought some stuffs already for our viand and others for our take home.

We went back from the fish port at around nine o'clock eating on way the delicacies that we bought.

We rested for a moment while waiting for the high tide because the boat the will take us back was tied up at the bank.

We ate brunch, fixed ourselves and got ready to leave.

We bid goodbye treasuring all the memories we had there. Thanks the family that has taken cared us. Thanks Dugmaan for the experience, until we meet again.

Photos through the creation of Doodsdpogi ®

Originally Published in Bubblews by the same and one author Doodsdpogi ®