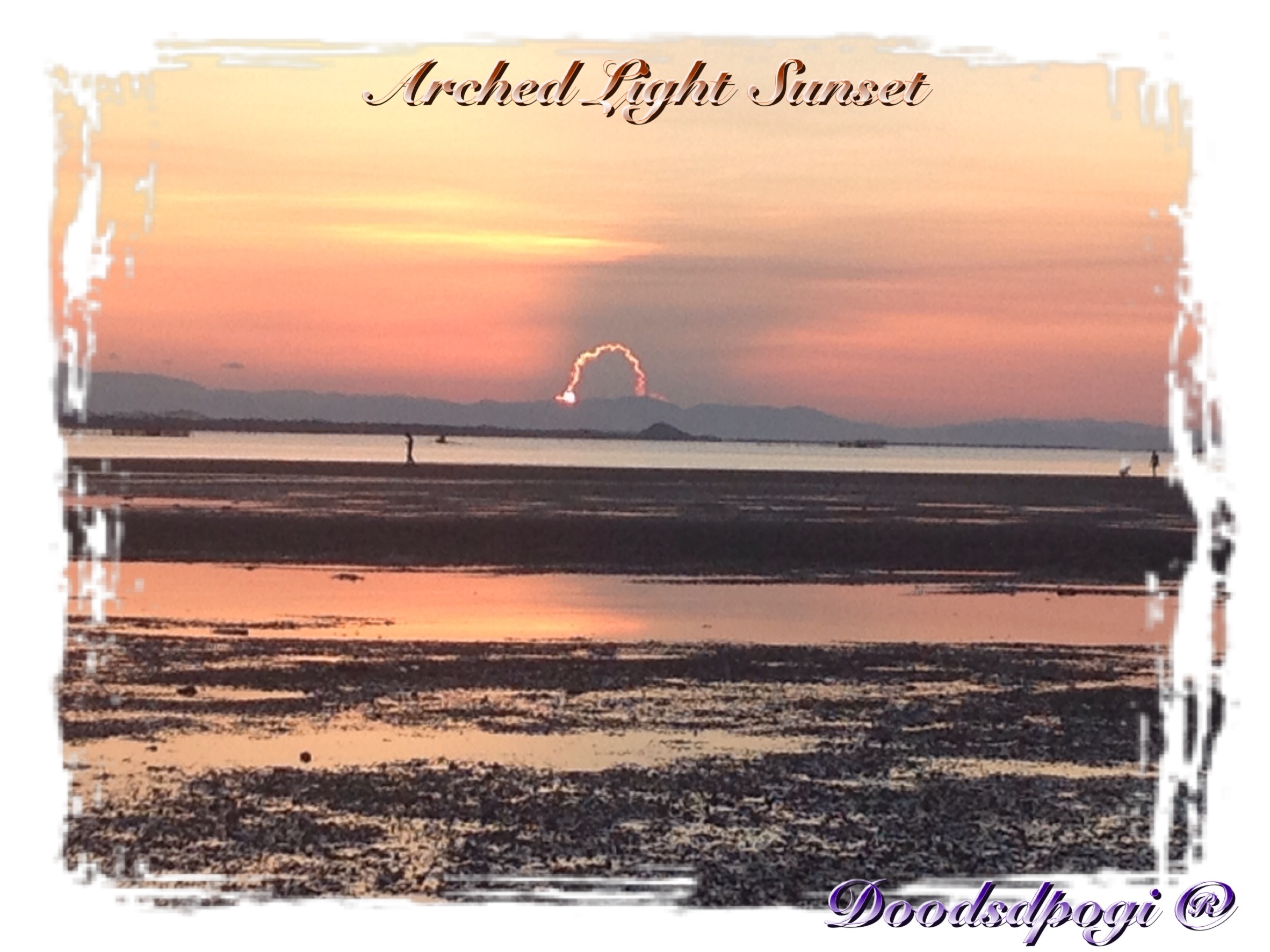 We're at the host's place at around six o'clock, wherein I was able to take photos of the beautiful light arched sunset.

We cleaned up and had chitchat while swing on two hammocks under a mango tree until dark.

The dinner was served to us while some guys are having a drinking party at the living room. I was not feeling well and having stomach ache. Although the pain was tolerable, my nephew still bought emergency medicine for me.

The loud music can already be heard. The guys and the ladies were already busy fixing theirselves for the social dance party at their multipurpose pavement. Just not to spoil the festive mood, I fixed myself and joined the group.

We went to the dance hall, I saw the happy festive atmosphere in the community. I joined dancing with the group for about five disco music. Then seated as I can stand on the pain anymore. We decided to go home an rest at around eleven o'clock, just in time when the pavement was too crowded.

I had sleepless night transferring from hammock to sopa until I got a short nap.

Originally Published in Bubblews by the same and one author Doodsdpogi ®