Once I had a dream to overthrow the world and make it mine. I enjoyed the thoughts of it all being my own. But it became far too much to manage.

Later I dreamt to rule parts of the world. Resistances and figthing would increase technology at faster rates than in times of pure peace. This also was flawed, since much of the world was off limits to me.

The current dream is a different approach. Influence the world to see things that work and follow through. Again there are hindrances that crop up, but it doesn't mean the dream is flawed. It just means that the work required to see it through has increased.

The key to making this dream reality lies in the power structure and the shadow that controls everything. If we can get the word to step out of that shadow, we can improve the world everywhere and move it into a new age. They may be lofty dreams, but without that much motivation there isn't a desire to do anything else.

Looking Forward to an End

My only desire is to follow the will of GOD, I once had a dream to own the world, but the world I've known before is not the same as we have now. corruption, hatred and evil are roaming everywhere you go, no one can ever stop unless the true JUDGE will rule. 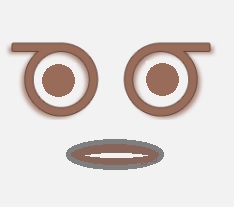 Well I think we can move in the right direction if we disrupt those in power that guide the darkness. God and I tend to disagree on things, but we still get along. :)