The Lone Wolf - Can You Relate? 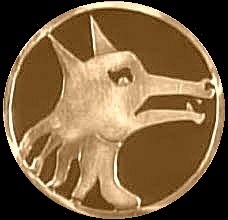 The phrase "lone wolf" suggests a person who is at his best when he is alone. Possibly you are a bit of a lone wolf. Anyway, to me it was intriguing. So when I discovered there was a TV show with that title, I checked it out. Not only that, but I checked out the earlier movie series of the same name. All were excellent viewing. Let me explain...

The detective novel was written in 1914 by Louis Joseph Vance. In 1917 the first film of a series was produced, starring Bert Lytell. Following Lytell, Michael Lanyard was played by a few other actors, none of them of particular interest to me. However, following these, a very vibrant actor assumed the wolf's character, Warren William. These episodes intrigued me! After 1943, others played the role, but to me, not of particular note.

Later, a TV series was developed, starring Louis Hayward. It is this series that positively entranced me. Everything about the series resonated with me -- the actor, the music, the stories. Even the soothing nature and the short length of the individual episodes were most appealing. If I only had even a short time availability, I could enjoy an episode of The Lone Wolf. One last thing still wins me over -- Lanyard acts as narrator throughout the episodes. His speech is most exemplary in its natural tone. You feel like Lanyard's assistant throughout the show. Here is a location where you can watch or download all the Lone Wolf episodes for yourself:

Dementia - Is It Truly Loss of Memory?

Obituaries - Where Have They Gone?

Watched the first episode - very good and a nice ending!