Who Else Can Claim Elvis Presley Changed Their Life 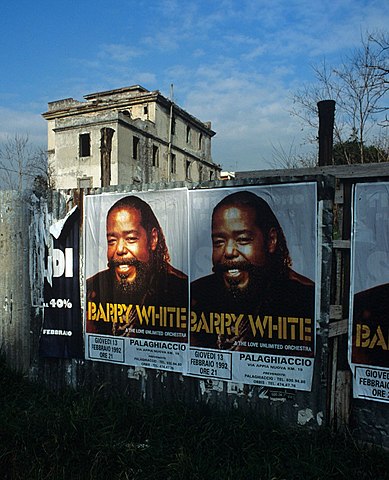 Barry White, born in 1944, credited Elvis Presley with altering the path of his existence, to change from a jailbird to become a musician singer-songwriter and composer. He was jailed for several weeks at age 16 for stealing car tires but while in jail, he heard Elvis singing "It's Now or Never". This led him to leave gang life after his release from jail and start a musical career.

As a child, he listened to his mother's classical record collection and then started playing what he heard on the piano. He had a bass-baritone voice and a romantic image. He recorded 20 gold and 10 platinum singles and sold over 100 million records. Not bad for a jailbird who listened to an Elvis Presley song.

Hadn't Heard Of Him Previously

Someone referred to a person's gravelly tone due to a chest infection and said they sounded like Barry White. I hadn't heard of him before but now I will go and listen to some of his songs.

Guest Article: Kick the Habit: Exercise Your Way to Recovery

Interesting. I'd heard the name Barry White before, but it never meant anything to me. Elvis Presley, I'd heard of. Frankly, I liked Presley's films better than his music! But some of his songs are very pleasant to listen to.

I had certainly heard of Elvis but not Barry. I must listen to some music from both of them, though they are very different styles and types of voice.

Glad to know that Elvis turned a man's life away from crime. Awesome. Glas to know. It is good that some artists have that kind of influence in a positive way. It was interesting to read.