The Lowdown Truth #28: Left vs. Right 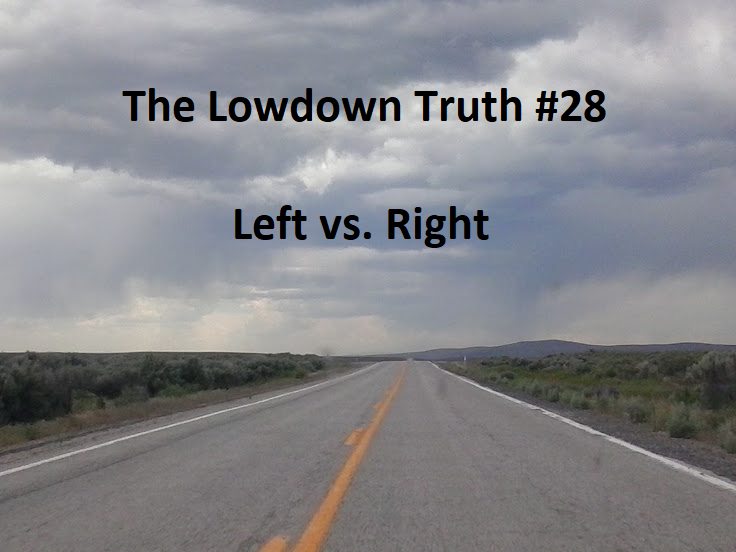 Watch the video at Rumble: https://rumble.com/vnvdt5-the-lowdown-truth-28-left-vs.-right.html

Any effective dictator over the masses will work to control the opposition, as this will give the masses the illusion of freedom and ensure there is no real opposition to the NWO agenda. The left vs. right is a good example of this Hegelian Dialect being used on the world and America today.

The conservative vs. liberal battle is being used by the rulers of evil to manipulate the public into supporting their agenda whether it is a left or right leaning agenda. At times, they will push the left or right agenda to create a backlash from the opposite side. As of now, the NWO is pushing a leftist or communist agenda, although most Americans oppose this political side — so why are they doing this?

It seems the rulers of evil are simply creating a scenario where there will be a coming right wing backlash , which can be controlled and manipulated to get things accomplished the left couldn’t do; for instance, going to war, as this is something conservative, Republican, patriotic citizens do — as opposed to the left who simply hide in academia, cower before their enemies, blame every Christian for their wickedness, and worship the government because it is the only one speaking crazy like them.

Those freedom loving patriots on the right might ask “what are we supposed to do, not support the right, not support Trump?” Good question. How I go about this is I believe mostly in what Trump stands for, yet I don’t believe he does in reality. He is simply telling the majority of freedom loving American citizens what they want to hear to deceive them (sort of like the set up at the Capitol on Jan. 6th). Trump is controlled opposition, saying mostly the right things, yet in reality doing nothing to help us beyond a few token things to gain our loyalty and trust.

The left vs. right is the general tactic used by the Vatican led NWO. The left consists of those who have been properly brainwashed in their beast system, esp. from the public indoctrination centers (public schools) and who now believe in the cult religion of science (falsely so called) and statism. The right consists of those who have escaped the brainwashing somewhat and still believe in individual rights, capitalism, a small representative government, Jesus Christ, the Holy Bible, and the U.S. Constitution. Unfortunately, both sides are unaware of their enemy, as the conservative right believes in Catholic doctrines (Futurism, Sunday worship, eternal soul for the wicked, spiritualism, idol worship, pagan holidays, listening to the AntiChrist Papacy, etc.). This means, both sides are ultimately deceived and being set up for the final propaganda skit to come.

The final propaganda skit to come is the right wing backlash, theocracy, fascism, and WW3.

The best way to combat these lies and manipulations is to not believe or trust either the right or the left, to ignore them and fight against both of them. If the right does something favorable for us, great, support this, yet don’t trust or support the person who is doing it.

Essentially, don’t let your hearts and minds be deceived by liars like Trump or Biden. They are both working for the same rulers of evil as puppets. The only power we as a people have is to resist, don’t comply, and don’t believe in these wicked people put in front of us to deceive and destroy all that is good. They will do it with a smile while saying everything we want to hear, yet in the end they will back stab us and leave us for dead. Don’t support your enemies, even when they are acting like your friends, and don’t be so naive to think some billionaire like Trump is anything but our enemy, as he is simply controlled opposition trained by the Jesuits, the sworn enemy to Protestants and other “heretics” against the Roman Catholic Institution and the Holy Roman Empire it wields even today.