No Plumbers for 5 months 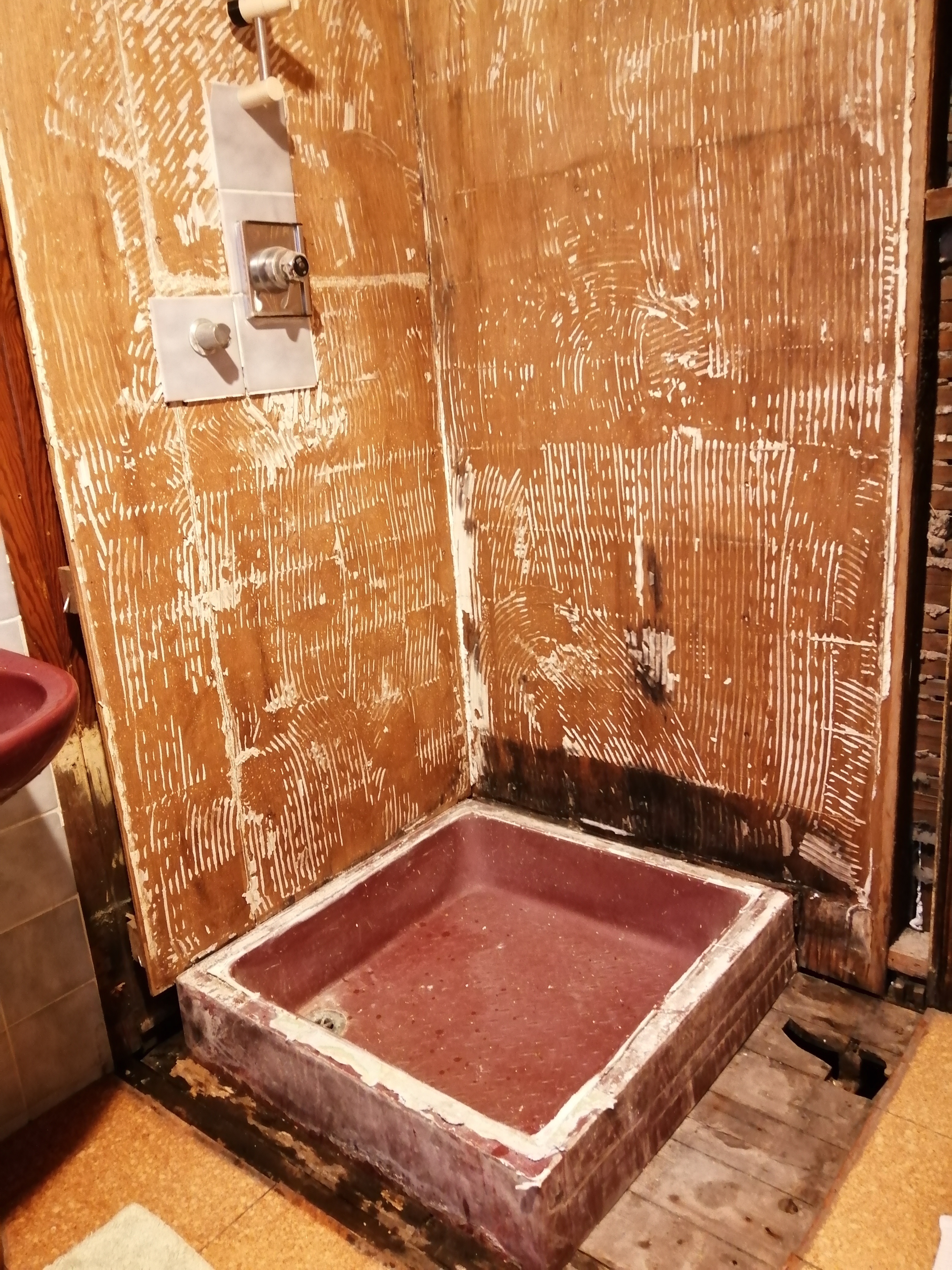 Some 37 years ago, we had a new bathroom put in and had it tiled. We often had a problem with the shower leaking but it seemed to be fixed when the shower was grouted. Then a couple of weeks ago, we found that the tiles in the shower had been put in in a way that blocked the run off of water from the door into the shower basin. My husband removed those tiles and fitted a thinner copper sheet. We thought that had fixed it. But no, when out granddaughter took a shower, it flooded the kitchen floor below. He removed the wooden panelling along the bottom of the shower and found that the wood had become damp over the years and rotted in places!

Once he gets stuck into something, he won't stop til he has it finished whenever possible, so he removed the shower cubicle that he and a friend erected nearly 40 years ago and the walls and tiles and supports. You can see the shower basin and the wooden panels that the tiles were attached to in the picture. The black marks are where the wood was damp. Once he got the shower basin out, it took both of us to carry it downstairs and outside!

Well of course, we would like a new shower but after he phones 10 different local companies, we found that they are all booked up solid until after Christmas and right into February! According to one firm, people are spending the money that would have used for holidays on making improvements to their homes, such as new bathrooms.

My husband, not being the patient type, is looking at installing a shower unit himself. 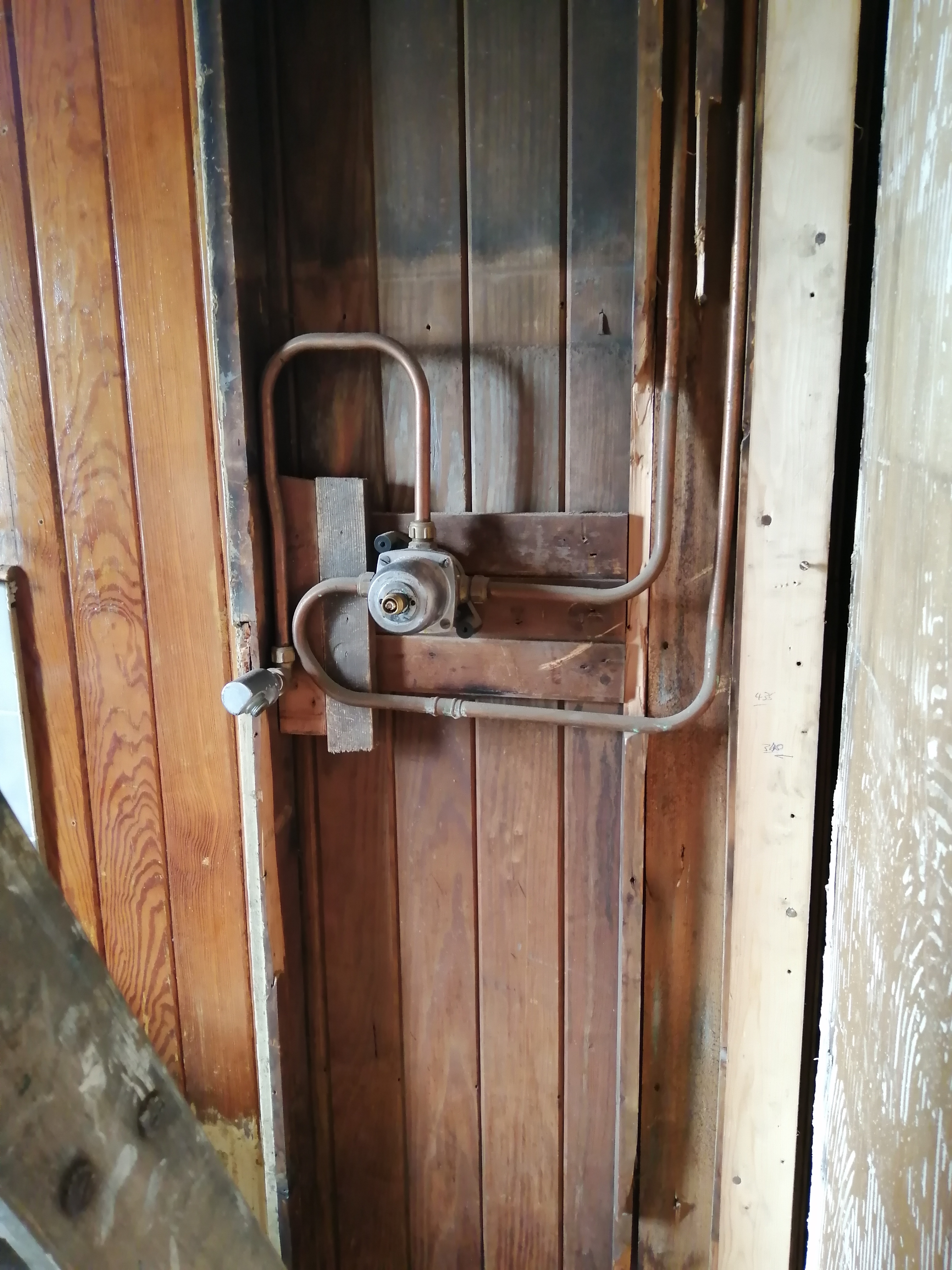 Well, he got the old one out and he has previously plumbed in new taps. So, let's see.

Installing Your Own Shower

Oh, my! Well certainly life has changed in the past 2 years. I'm sorry.