Designing a Tattoo for My Friend 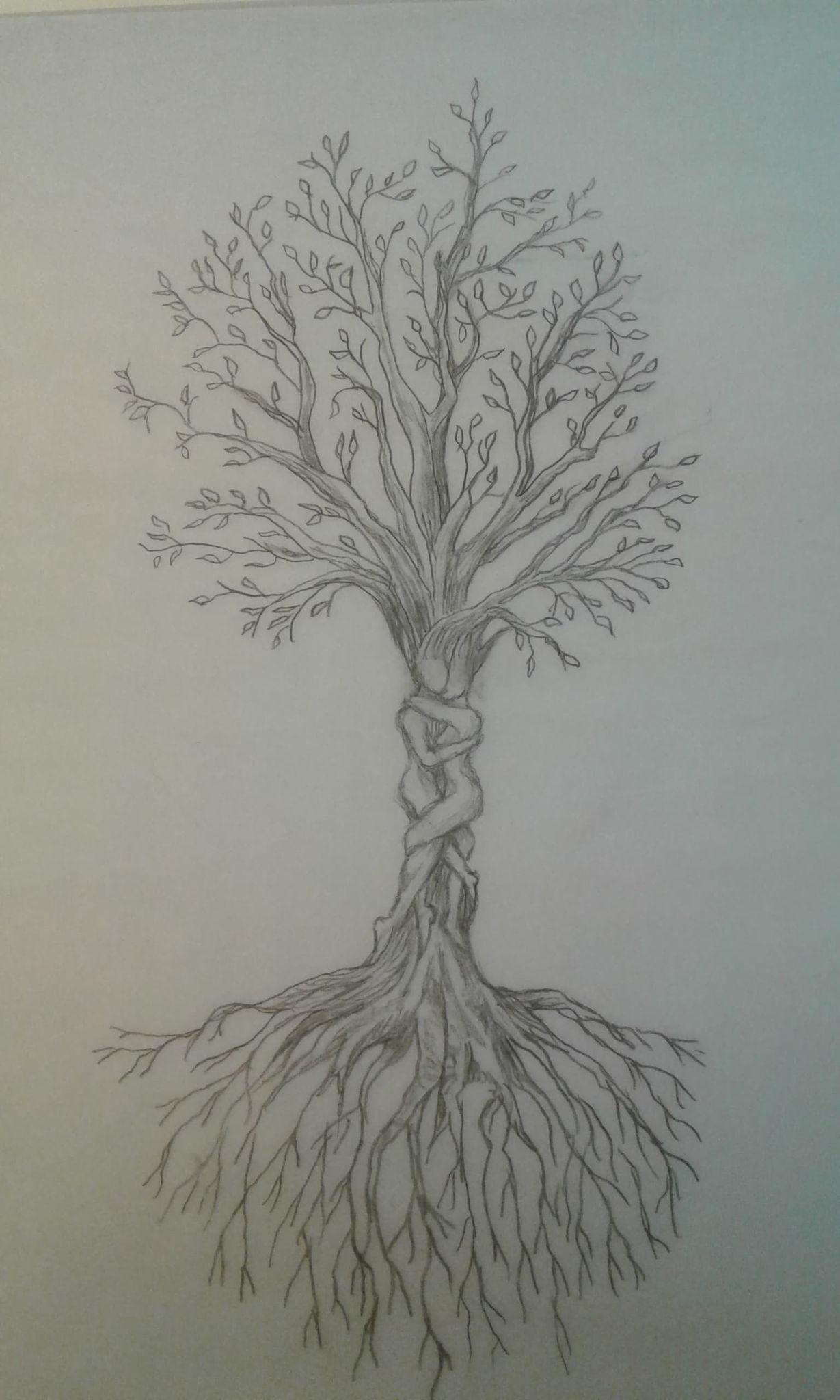 A friend of mine from high school connected with me on Facebook. He remembered that I was always into art and wondered if I still did much art. I said yes and showed him my Facebook page for my art (If you are on Facebook and want to look it up, it's called All Sorts of Art by Ali).

He liked my work and wanted to know if I did tattoo designs. I said yes, so he said he wanted me to design a tattoo for him that he would get on his shoulder and upper arm. He wanted a picture of the Tree of Life that showed the branches and the roots, and the trunk would be in the form of a woman and man embracing. I liked that idea, because I love to draw both trees and people!

I told him that a comprehensive sketch would be $25, and that upon approval of the sketch, I would start the finished art, which would be $100, with half paid up front and half paid on completion. He went ahead and paid me $75 before I even started, which I thought was very nice because it showed his trust of me. I will continue this story later, but here is the initial sketch I turned in to him. What do you think of it?

COVID-19: What Country is WInning the Race to Be Fully Vaccinated?

A Correction for My Tattoo Sketch

That's lovely. Nice idea for a tattoo. Hope he likes it and you get a photo of the finished piece on his arm.

Thank you! I've made my next post about it. I'll end up telling the whole story eventually!