Granny And The Garden Hose 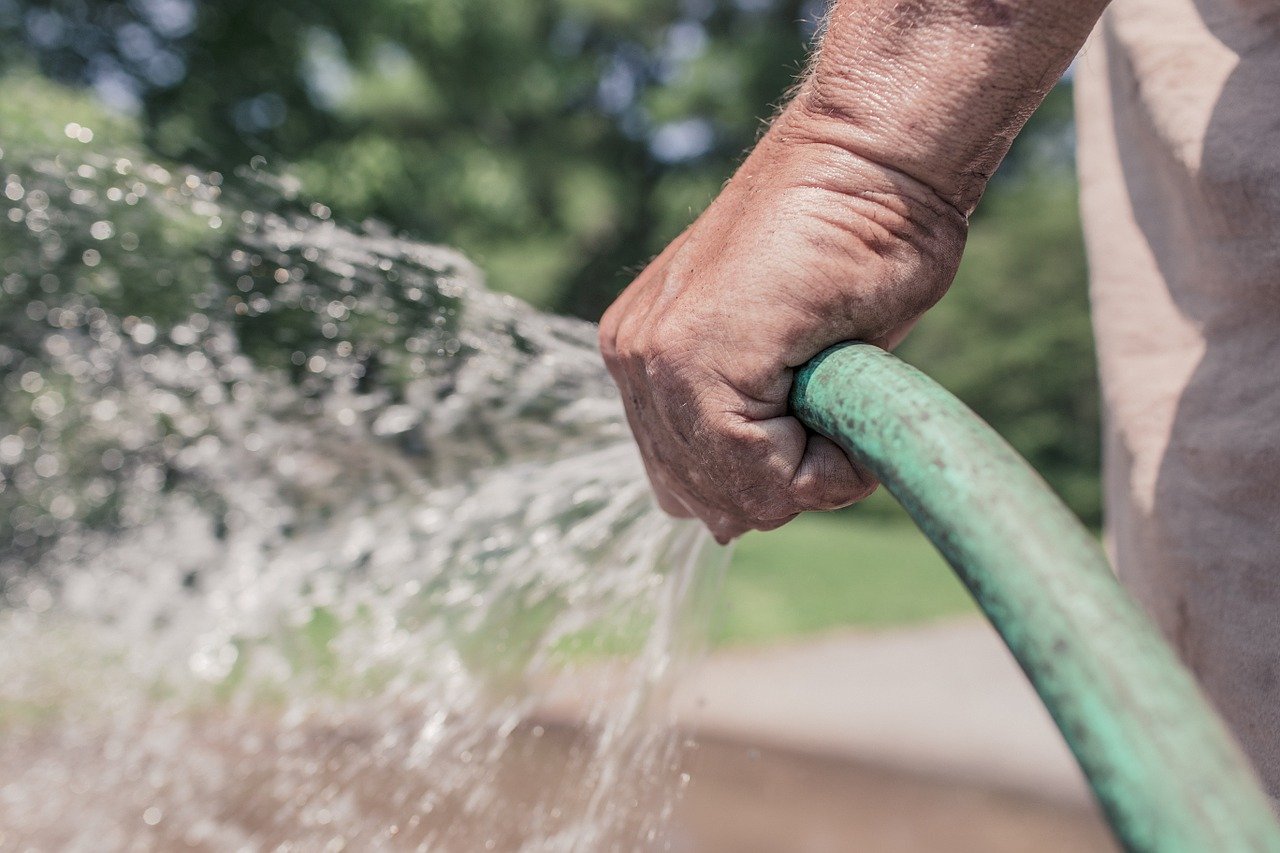 I Should Have Known Better

I agreed to look after the garden vegetable plot while my daughter was away and to water the plot if it didn't rain. She told me she would leave the hose out.

Two Days With No Rain

Being Ireland, it's unusual to have no rain! But there we were, two days, no rain and even some warm sunshine. The vegetable plot had to be watered. Now, about this hose. There appeared to be two hoses near the external tap. One had a sprinkler on the end, so I thought it must be the other one. But when I attached it to the tap and stretched it out, it only reached half way down the garden. It couldn't possibly have watered plants at the bottom of the garden, so it had to be the one with the sprinkler. I detached the sprinkler, attached the hose to the tap and stretched it out. It didn't quite reach the bottom of the garden but it got a lot closer and possibly a good jet of water would work, so I went back and turned on the tap.

Only a little dribble came out of the end. Mustn't have turned the tap on hard enough, so I trekked back up the garden and turned the tap on harder. Still only a tiny dribble. Then I had a brainwave. I had removed the sprinkler and just left a plain end on the hose. There was no jet bit, maybe that was the answer. Right enough, there was a jet back up near the tap, so I trekked back down the garden again. If it had been electricity, I would have trekked back to turn the tap off before attaching the jet but to be honest, I didn't think it was going to work, not until I started to fit the jet end to the hose, at which point the full force of water waiting in the hose shot out and started to soak me. It was a classic Tom and Jerry situation! I didn't want to have to trek up the garden again, so I just put up with it until I had the jet screwed onto the hose end. The vegetable plot got watered and I dried in the sunshine.

Looking Good On The Outside

Whatever can go wrong, will go wrong. So it rains a lot in Ireland?

It's called a green and pleasant land, the "Emerald Isle" and Johnny Cash sang the song "Forty Shades of Green"!