The CORRECT Way to Make a One-Eye Sandwich 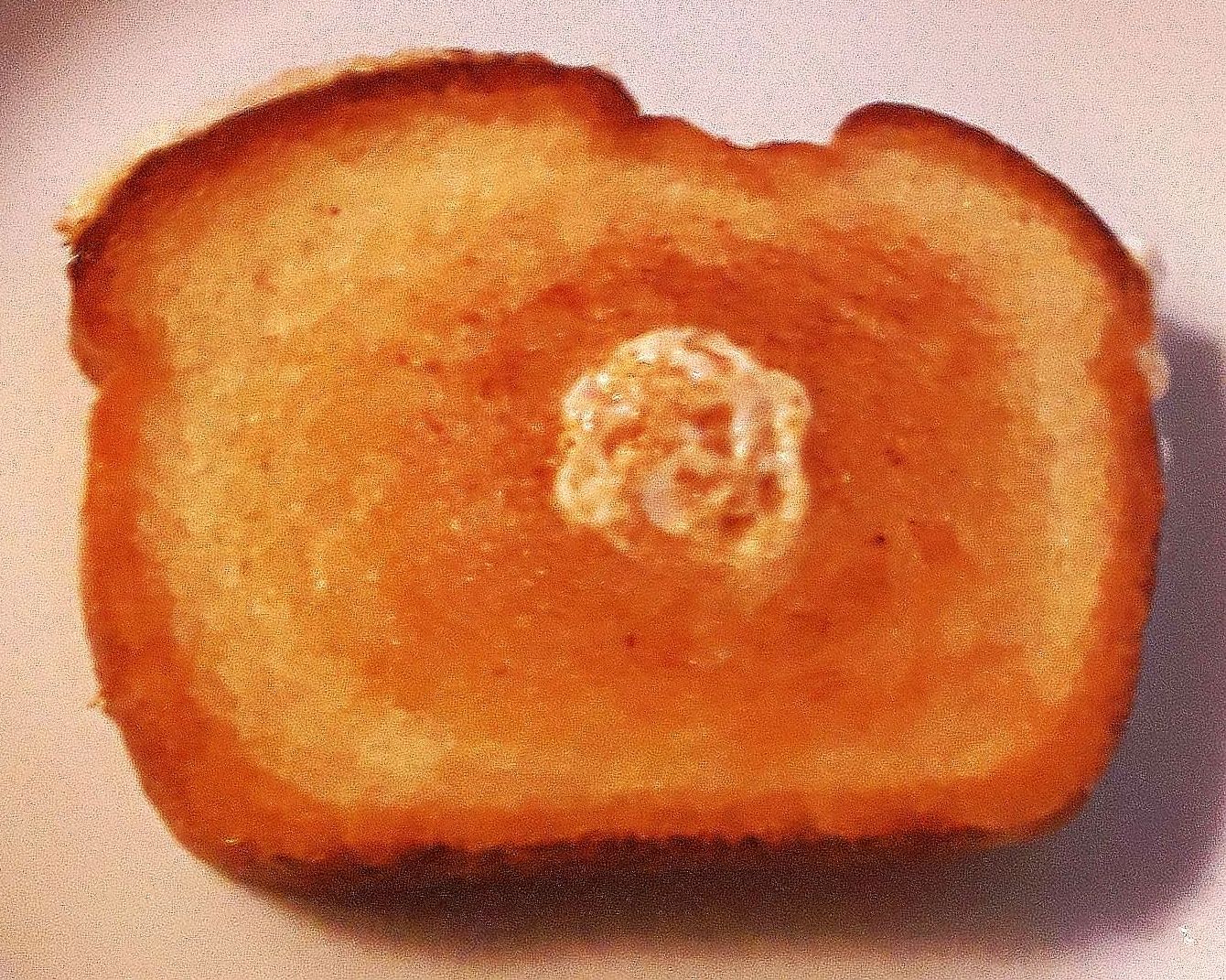 I enjoy what is called by many a one-eye sandwich. It involves butter, one piece of bread, and one egg. It's not that hard. And there are lots of people who think they are expert at making them. Yet, if you search for "one eye sandwich" online and look at the pictures, they don't know how make them at all. They look gross!

So here is the correct way to make a one-eye sandwich...

In a skillet (it can be non-stick), put in enough butter (not too much, not too little) to turn a piece of bread brown - a bit beyond golden brown to a nice rich brown. Before you put it in the skillet, pinch out a hole - not too large a hole - so the yolk fits in the hole, but not that much of the white.

Brown the one side and place tiny slabs of butter on the uncooked surface.

Now crack the egg and pour the yolk into the hole.The white will spread out over a large portion of the top surface of the bread.

After adding the egg, cook it as is for just a brief while so there will be no raw white when you're done.

Carefully flip the sandwich and finish cooking it so the yolk will be runny or just stiffening, and there will be no raw white. Flip the sandwich onto a plate, salt, pepper, and serve hot.

Note that the bread helps keep the yolk from overcooking, while the white is still exposed to the surface of the skillet. Some cook one side of the bread, which is not desirable at all. We want BOTH sides of the bread to be a deep rich brown. One side will be mostly covered by cooked egg white, but it will have a much more desirable taste and texture. Voila!

The Boy Who Downloaded the Internet (Chapter Two)

Can a Mouse Pad Make You Sick?

Never heard of that before! Sounds good, nice instructions.

I cut the sandwich into four equal pieces with my fork. Make sure the bites won't scald the mouth and enjoy two or three of these delicious additions to the egg family of breakfasts.

That is great. I was talking to my wife just a day ago about this exact same thing. Strange coincidence.

I got hungry just reading about it.

Great tutorial. I loved it greatly. Now I know how to make a one-eye sandwich