DNA: A Fabulous Tool, But Not Infallible 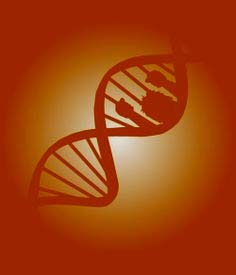 Over fifty years have passed since the last judicial hanging in the UK. Since then, there have been almost constant rumblings from various sectors calling for its reintroduction. These voices have become slightly more amplified of late, now that the UK has left the EU, the countries of which are not allowed to use the death penalty, in line with the European Convention on Human Rights.

Another factor that has emerged to bolster the campaign for the return of the death penalty is the use of DNA as evidence. There are those who will state that DNA evidence is irrefutable, and so deadly mistakes, like the wrongful execution of Timothy Evans, couldn’t happen under a new system. While it is definitely true that DNA can be irrefutably linked to a specific person, it does not follow that evidence of a crime is equally damning.

Some time ago, while listening to a phone-in about DNA on the radio, a woman called to tell of her son, who, she pointed out, did have a criminal record. He was seeking a second-hand car, and he looked at one that was for sale and took it for a test drive, but decided not to buy it. A few weeks later that car was used in a robbery, abandoned and torched. Forensic investigations discovered a smeared fingerprint on the rear-view mirror that had survived the blaze. It held the DNA of the young man who had test-driven the car, and adjusted the mirror when he got in the driver’s seat. He was arrested, but, luckily for him, was able to prove that he had been elsewhere at the time of the robbery. So the link between the man and the car was beyond doubt, but the link between the man and the crime was not.

There are other possibilities that could develop to cause DNA to point out the wrong person. Human error is one, but there is also the possibility of DNA being planted in order to frame someone. Placing an innocent person at a crime scene could be as simple as leaving a single strand of hair, a saliva-tipped cigarette end, or an empty soft drinks can. Someone having to explain how their DNA came to be present at a crime scene would be the most horrific of nightmares, possibly compounded by the fact that the accused had previously formed the opinion that DNA is foolproof.

DNA is a brilliant aid to forensic science, and many, many criminals have been captured by its use, some so long after the crime they must have been convinced they had got away with it. It is not foolproof though.

Image Credit » Image: my own

This is so true. There is a man in prison for murder at present who pleads innocence. His blood was found at the scene but his explanation is that he was the milkman for the area and cut himself on glass at that house, while delivering milk.
Welcome back. I see it is a long time since you last posted. In the meantime, just to let you know, Personapaper no longer pays members. You are welcome to post and comment but there is no payment, I'm afraid.

A nicely written and soul-searching piece, I must say. It's like most things in life. There are pluses, there are minuses. I do think the pluses outweigh the minuses. For instance, if there had been DNA testing at the time, almost surely Dr. Samuel Sheppard would not have been incarcerated for the murder of his wife, which he did not commit.