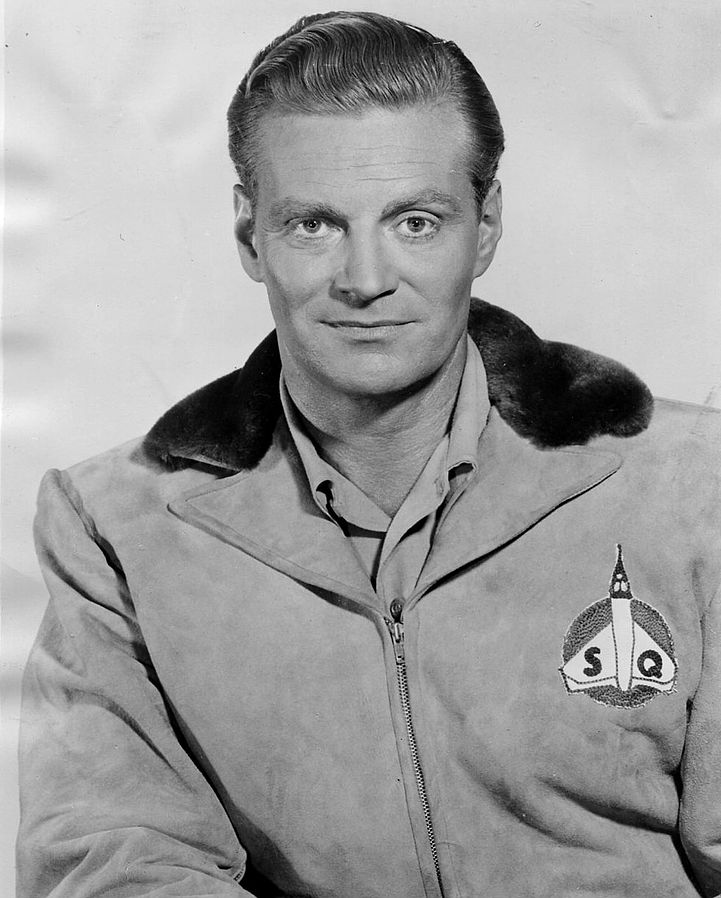 When you get old - particularly if you have pain/mobility issues - you may take a measure of relief in sleep and the dreams that accompany it. At least I do. I look forward to dreaming.

Well I am interested in the thought processes within a dream. No, I do not seek some revelation about my mental state. But I am curious, just the same.

Last night was not a particularly good night, but I did have one dream. Curiously, it involved the fellow you see in the photo, actor Richard Webb.

I was dreaming, and in conversation I asked a man (I did not recall his name) what his job was. When I asked that, I doomed the dream to end, which it did.

He couldn't recall what his job had been, and that was unacceptable to me.

I drifted back to a continuation of the same basic dream. In it, I met a guy I once worked with and told him my conclusion, that because I asked the man what his job was, I doomed myself to wake up.

He thought a little and asked me to try it out on him. So I did.

But first he seemed to hint he would prove me wrong. So when I asked him what HE did, he got this intense, somewhat serious, screwy look on his face, and...

I woke up. This time for good.

By the way, the "job" was the making of the old black and white kids' TV show "Captain Midnight".

A Chronicle of Sam Moon

Writing Online can be a Seasonal Thing

It's amazing how our minds work. I have been dreaming recently, where I hadn't dreamed for a long time.

It may be you sleep at a deeper level. I seldom escape the REM phase, and so dream a lot, waking up frequently, thus remembering the dreams. Delta sleep seems to be pretty dreamless.

Probably due to lack of sleep! I am usually in bed fairly late and up pretty early in the morning!