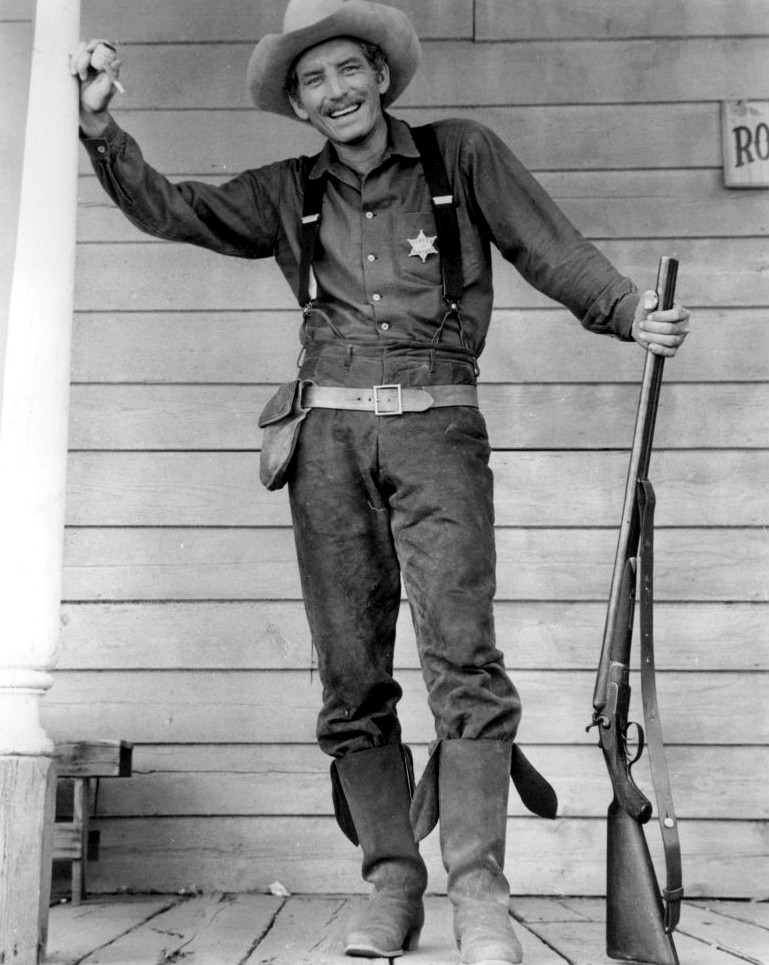 Ask anyone who their favorite actor is. It probably won't take long to get an answer. It will probably be someone they've watched for years, perhaps from childhood.

Well most people reach an adult age over 60. And their favorite actors were likely older than they were. So depending on the age of the person you ask, the favorite actor, may well be in their upper 70's, 80's, even their 90's.

The thing is: when such former actors die, they likely are unknown to the much younger segment of the viewing public. So, likely there is no "fanfare" when they die.

Now unless I missed something, one such actor is Morgan Woodward. He died just 3 months ago, age 93. He is recalled by some of his later performances.

Relatively few would recall him in the TV series "The Life and Legend of Wyatt Earp", in which he played Earp's deputy, Shotgun Gibbs. Yet this is, in my opinion, Morgan Woodward's best role.

Gibbs had a kind of sidekick, his mount, Roscoe the Mule. Here is an episode in which Shotgun shows sympathy for Roscoe... Get Shotgun Gibbs!

All cowboys at the minute! I don't remember seeing him previously. I used to love all the cowboy films, especially John Wayne, wagon train, Tenderfoot, and all those. I can still sing many of the jingles.

Wagon Train was a biggie for me, too. Wish I could watch a Tenderfoot episode or two. They're hard to come by.

"Sugarfoot, sugarfoot, easy goin', cattle roping, sugarfoot, easy as the day is long ...." And that leads on to "Born down around the old panhandle, Texas is where he grew to fame, There ain't a horse that he cain't handle, that's how he got his name. Bronco ...." Now that tune will run through my head all day!

I went searching for the sugarfoot films but could find them only on the Warner archive, and I think you have to buy the discs, don't seem to see them streamed.

I remember that song and that show. I watched Sugar Foot when I was a kid and remember it from that long ago.

Yes, there was a whole series of different cowboy fims. We had them on T.V. on Saturday nights for a number of years.

I'm watching one as we speak that I'd plum-forgotten... The Tall Man.

Never heard of that one. I remember Cheyenne Bodie. He was pretty tall.

Check him out on Wikipedia for a phenomenal story concerning an accident he experienced.

Pierced through the heart and recovered? Wow!