A Real Jewel - Part Cowboy Part Detective - What the Hec? 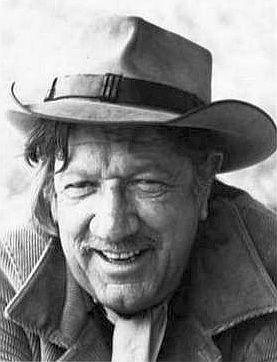 I have internet. I'm not well-to-do. I hate almost all modern broadcasting. What do I do? I look for "old favorites" and search for new "old favorites".

I watched an episode or three of Have Gun - Will Travel , starring Richard Boone. Interesting, different (a GOOD gunman for hire?), but not super special. Still, there was something about Richard Boone. I remember as a young child watching (and being fascinated by) the old medical show Medic , hosted by Richard Boone.

So I Wikipedia 'd him. There I see he had his own show for a couple of seasons, produced by Jack Webb of Dragnet fame. It was associated with an Emmy Award, so I knew it couldn't be all bad. So I looked for the show, entitled Hec Ramsey .

The first moments looked blurry. I am willing to put up with a lot of things when it comes to a movie or TV show, but blurry doesn't make it. Still, I thought I wouldn't be too quick in giving it a thumbs down. And I'm glad I did.

This show started out like a typical western, but only for a couple of minutes. It changed to the early 20th century, rather than the late 19th century. Then there were some surprising turns. This guy became at first a super-smart old codger who was a cross between Wyatt Earp and Sherlock Holmes. And the story moved right along, with only a smidgen of well-placed sarcasm and humor.

In short, I couldn't wait to download the other 9 episodes (total) of Hec Ramsey . I'm thinking if you are an old-time cowboy or Columbo aficionado, you will positively love this absorbing show! I have linked the pilot for you if you care to give it a try.

Well, I can certainly see why you can't wait to download the rest of the episodes. Great pilot. I actually watched a lot more than I had intended.

Two thumbs up from a fat guy!

I actually went back to watch some more tonight and am enjoying it very much. Great characters and story

The main problem is (I've been watching 2 & 3, they were recorded with VHS and are hard to take visually.

I think the character's name was Will Paladin, but not sure. Hec Ramsey somehow seems familiar. I guess I was a very young child when that show was on television. Have gun will travel was one I really did like.

That's a shame. I stayed up late to finish watching part 1 and really enjoyed the whole of it. Maybe I should be glad the recordings aren't great because I don't want to be tempted to watch the rest. LOL

Oh dear, I got tempted to watch some more and I watched part 3 before part 2. He sort of grows on you. I also see a touch of Columbo in the shambles and the questions!

I'm watching Season 2 Episode 3 as we speak! I wish they were in better shape, and that Boone hadn't gotten into an argument with Universal...