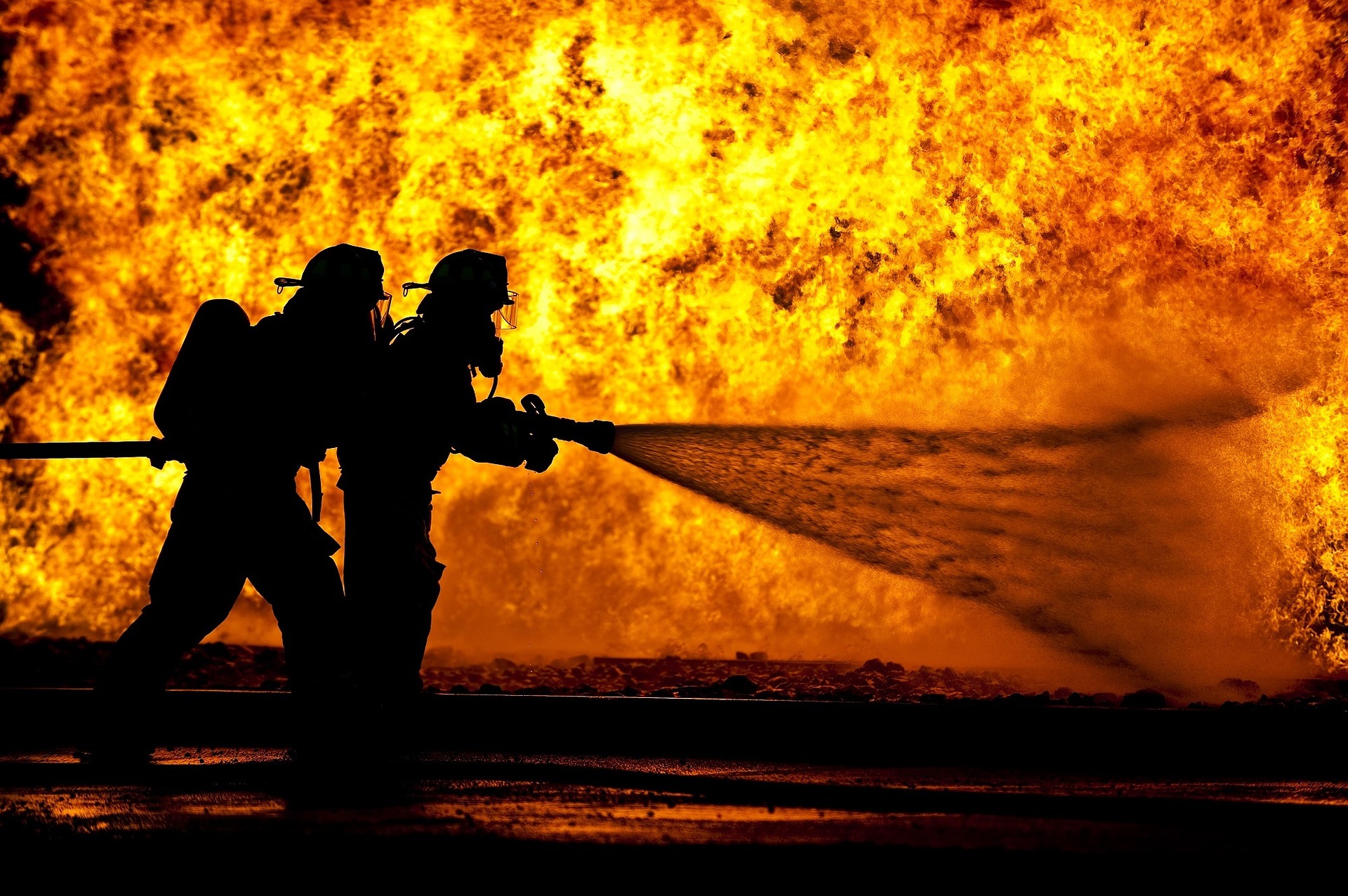 I woke up this morning with an idea about what it might require to put out a fire.

Carbon Dioxide is a gas that we have in abundance, and we also have an abundance of unwelcome forest fires. So what would it take to spray water that is carbonated like a soft drink is, from planes and helicopters, over a forest fire to rob the fire of oxygen thus helping reduce or suffocate the flames?

Imagine having underground C02 tanks connected to local man made rivers or possibly piped water systems at the ground level with the ability to broadcast up to the surface on the ground like a landscape underground sprinkler system that mixes carbon dioxide with the water to either coat the surface of the ground and local landscapes with either some type of carbonated beverage to reduce the fires from growing as fast as they would do otherwise?

It would be a two-fold system. For one, providing water to wet down areas that are dry enough to provide kindling for a forest fire spread from hot fire embers that float up from large fires either from brush fires or tree fires and float onto dry rooftops or houses or onto local dry landscapes that spark the flames that cause these fires to spread, the carbon dioxide concentrate, perhaps infused as a foam or a gas that can mix into the water system to broadcast a form of fire retardant of sorts might provide temporary protection against the spread of wild fires or forest fires or camp fires as they are sometimes called.

THEY ARE ALREADY DROPPING WATER ON THE FIRES

So one might assume that adding C02 aka carbon dioxide to the water or spraying C02 foam onto the fire from directly overhead from helicopters and/or planes might help put out fires before they get out of control.

read something about how fire extinguishers work here

The news today reported that Facebook was down but I haven't noticed. Have you had any issues with Facebook being down today?

Should NASA have considered sending drones to Mars with the last launch of the lander InSight?

That's a very innovative idea. As a gas, my first thought is that it would blow away, my second is that it might rob a person or animal of oxygen but maybe some way could be found to use it.

I totally agree with MegL.