Power Corrupts, So Does Technology 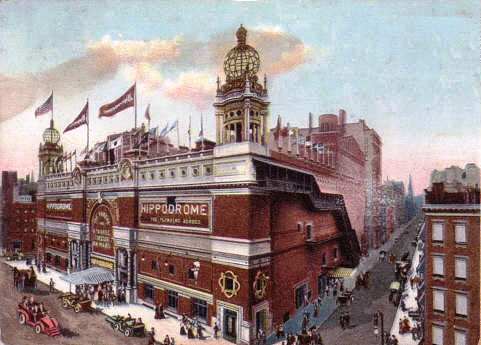 You've heard the old adage: power corrupts - absolute power corrupts absolutely. And you'll have to admit, there is truth in this statement. But the principal applies to more than just political power.

Technology corrupts in that it is no respecter of persons. It is not in itself a bad thing, but the freedom it gives does damage to the lives of those incapable of adjusting. What started me thinking along these lines was the 1927 suicide of a most famous clown, Marceline Orbés.

Marceline was especially popular in the time-frame of about 1905-1915. He held engagements with the Hippodrome. Charlie Chaplin, who as a youngster once worked with Marceline, professed in later years he was an inspiration to him.

The clown's popularity quickly plummeted, due, perhaps at least in part, to the rise of silent films, especially comedic silent films. A fickle public follows technology like fictional rats followed the Pied Piper of Hamelin.

Marceline had to turn his hand to gainful employment. He engaged in business endeavors that fell through, leaving him penniless. They found him, surrounded by photos of his glory days, with a bullet in his head.

An obvious example of technology that not only harms, but kills, is the splitting of the atom to release immense energy, power that was soon corrupted. Any thought of peaceful uses pale alongside militaristic uses.

Touching on Some Smaller Examples

Recall 3D Viewmasters? I have a collection, myself. What was the driving force for perfecting this kind of photography? War. Delivering bombs. And what was a prominent peacetime use? Photographing naked women.

Communication offers great value. For the most part, improved communication has served people well. Yet, who is not bombarded with scam calls, sales pitches, spam emails, computer hackers, social media bullying, and... well... you get the picture.

Then there was home video. This dealt a near death-blow to the motion picture theater. Certainly their quality has taken a dive. I recall watching a 150mm movie in an upholstered wrap-around theater that once featured live performances. The VCR bomb had not, as yet, been dropped.

Then came the computer. At first it seemed harmless enough and quite useful. A bit like science fiction to many of us, though the generation that thought so is dying out. And computers are more useful than ever. However, the sword cuts both ways.

Stores are losing business, they are closing down. Black Friday may turn into Bleak Friday, if sales plummet much further. Not all sales. Store sales. And if stores shut down and the Internet, afterward, suffered some sort of death blow, what would happen to Society?

It all comes back to people. And, no, they are not about to change. And not political hopefuls can succeed in changing people. It is a fiction to think otherwise. All of the above technologies could have been put strictly to good use, were people different.

"Do not put your trust in princes Nor in a son of man, who cannot bring salvation. His spirit goes out, he returns to the ground; On that very day his thoughts perish." - Psalm 146:3,4.

My Embarrassment in Behalf of a Great Singer - Kathryn Grayson

Things change. We must change too in some circumstances.

Quite so. I have a saying about playing a game. I say, "I don't mind losing so much, but it would be nice if I didn't lose so quickly." Anyway, the fact that we have to change partly illustrates my point. Events can demand things of us we desire to be no part of.

Yes, very much so and there are somethings I will not change about myself, no matter what the rest of the world changes.

I am with you. Things change and force us to change, even though the changes are great, but I could do with less change in my life and get back to the basics of a normal life, which is something I remember but others, who are very young have no idea what I am talking about.