Are Some Foods or Food Fractions Inherently Bad, or Is It You? 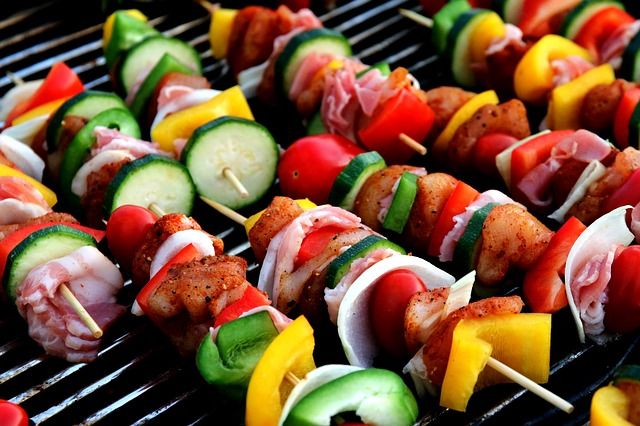 As medical science discovers certain food substances can produce health issues, including allergic responses, sufferers can, where labeling makes it possible, avoid those substances, at least to some degree. Thus labels may inform us if an item is low sugar, low fat, low sodium, gluten-free, and so forth. Or they may warn a food item may have been produced with equipment that may have also been used to process tree nuts.

People begin to surmise that because Joe or Suzy have an issue that is fixed because they take the above-described caution, Bill or Jeanie, who seem to have symptoms suggestive of a health condition, they should stop eating certain foods. Really, this isn't such a bad thing, either, though it might be good to suggest Bill or Jeanie discuss the matter with their doctor to see if they also suffer from the health issues they are suspected of having.

But what is worse is this: people begin to assume any food containing the offending ingredients should not be eaten by anyone, and they spread their point-of-view to others, whether they are invited to do so or not. "You shouldn't eat it (this or that), because it is bad for you." But is that the case?

Is It Your Food?

We've all heard stories like the one about the man who drank a lot, smoked heavily, and partied big-time, finally dying at the youthful age of 102. This is an exaggerated example to be sure, but we all know people who eat lots of candy, heavily salted chips and nuts and pretzels, and eat more pizza (with its gluten-rich crust) than it makes good sense to eat, yet they live a full and healthy life.

So is It Our Diet or is It Us?

It is true that, as we learn more about food substances, accurate diagnoses can reveal the sources of suffering that went unrecognized before. This increases the statistics or numbers reported for those suffering particular illnesses. But is it possible the number of sufferers also goes up because a higher percentage of people are suffering those illnesses?

We've heard about the increasing life span for humans in our day. But have you ever thought deeply about the significance of those statistics? True, medical science has made great advances. This has to help with life expectancy. But has it really increased average life expectancy all that much? You've probably heard statements that in some lands with poor medical histories, life expectancy is 45 or 50 years of age. Is that because the average adult attains that age and dies?

In reality, it is almost certainly due to a high infant mortality. Babies and young children die young. If you have two people, one 80 and one 4 when they die, the average life span for the pair is 42. Two people did not live to 42 and then die. But statistics allow for either to be the case. Infant mortality, especially.

Even if you are not religiously inclined, consider the scriptural statement found at Psalm 90:10 in the King James edition of the Bible,

"The days of our years are threescore¹ years and ten; and if by reason of strength they be fourscore years, yet is their strength labor and sorrow; for it is soon cut off, and we fly away."

The book of Psalms was completed some time after the return of the Israelites from Babylonian captivity – in other words, a long, long time ago. Isn't it interesting that the span of life, for the majority who receive excellent health care, still falls within this range of life expectancy? Or, rather, do you find it surprising that living 70 or 80 years isn't the great improvement it's touted to be?

Do You Receive Offers of Help at Your Internet Site?

He Was Poisoned with Monocaine!

I don't think it's the food, though I do think we are all (me included) eating far MORE these days. Hygiene has a lot to do with increasing age expectancy. I read just yesterday that washing your hands and cleaning your teeth are great contributors to life expectancy. I agree with your infant mortality improvement contributing to increased life expectancy and also fewer women dying in childbirth. 100 years ago, women's life expectancy was lower than that of men because of dying in childbirth, that has improved enormously. While some people may well live healthy, productive lives into the early 100s, I don't think that will apply to most. The age of 70 still seems to apply to most. In fact life expectancy may now be dropping with recent statistics showing a slow down or reversal because more health issues are cutting short lives. Whether that's food, pollution or less energetic lives, I just don't know.

The trend of thought now is exercise (work, etc.) is a major factor. Eating "right" (moderately) and exercising add to quality of life. Primarily, it seems quality of life, rather than additional length of life can be counted on. And really, who doesn't enjoy better health?

Definitely. With exercise, people are more likely to stay healthy to near the end, then go downhill very quickly, as opposed to a long lingering period of ill health. I know which I would prefer and that I am working towards! :)