Those Words: It was his own fault! 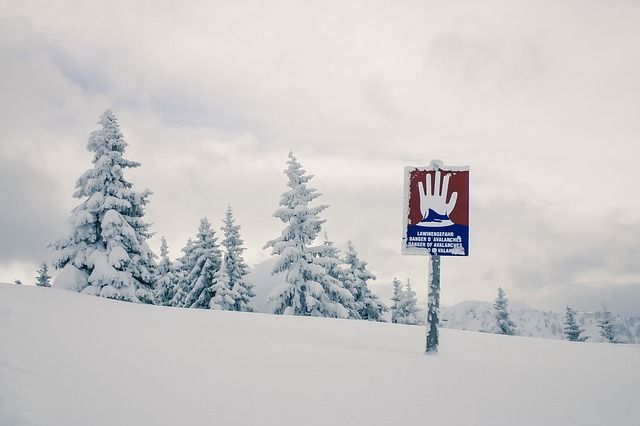 I'm guilty. You're very probably guilty. Yes, likely we're all guilty. We're guilty of using the expression, "But it was his own fault!"

I knew a couple of young boys -twins- to whom I was never close. They were foolish boys, sons of a woman whom I had met. They were energetic young fellows.

Once I was in a men's room and there were two young girls in there. I politely shooed them out and told them there was a girls' room not far away. I did not recognize them as boys. But I digress. Suffice it to say we had different 'philosophies'.

Well, years later, I heard the boys, young men now, were out skiing and an avalanche struck, killing the one, although sparing the other. I felt shocked and highly sympathetic. That is, until...

Until I found out there was a No Skiing sign, citing the tendency of the area to suffer avalanches. The young fellows knew that, but with their devil-may-care attitude, they ignored the warning.

For the last couple of decades or so, we've come to have a saying where I live, "There's no cure for s-t-u-p-i-d." I now use that expression, whereas formerly I used the words, "It was his (or her) own fault!"

But are those words insightful? Are they fair? Are they kind? Are they a fair evaluation of the human condition? Not really.

What helped bring this change of heart to me? Last night, I dreamt I was out in the snow, when I came across an amazingly tall mound of snow. I was stuck in snow to nearly my neck and could not move. I wanted to get away, fast! I was afraid that mountain of snow, in the breezy environment, might fall on top of me. I was panicky. When I woke up, I realized I had mentioned that young man, the boy I had formerly known, to someone.

It's funny how we sometimes learn a lesson. I will try to be more sympathetic, even in cases where decisions leading to tragedy were foolish ones.

What Is Needed in Old Age?

Do You Like Old Westerns? Try Stagecoach West (Free)

Yes, I have found that where people are commenting on others' misfortunes, the words, "own fault" slip out very easily, whereas when talking about their own misfortunes in similar circumstances, they use phrases like, "couldn't be helped" or "one of those things". Have you heard of the Darwin awards? These are where people die from doing something stupid.

I never heard of that, Meg. I have heard of some movies in poor taste called Jackass. I never watched them.

The young man's death was tragic and his family deserve our sympathy but, as you say, There's no cure for stupid and I think it IS a fair evaluation of the human condition! People seem prone to do stupid things even when they should know better. MegL has already mentioned the 'Darwin Awards'. I suggest you start with visiting this site http://www.darwinawards.com/darwin/

Recently I heard a person comment on those 12 children and their coach being stuck in a cave saying more or less 'They had no business in that cave in the first place." Some people have no sympathy for others and tend to generalize the situation as simply those stupid people had no business in that cave. I am happy they got rescued. Another comment went "While the media is narrowly focused on some group of kids stuck in a cave, the real problems with global climate change and such are being ignored." That is stupid reasoning. One bad thing doesn't trump the other based on the mere severity of it. All things matter. All lives matter.

A most fascinating comment, Anthony! As to the initiation being stupid. Well, frankly, IT WAS. But that doesn't mean we shouldn't feel for those trapped. I, too, am very glad they were rescued. Maybe they've learned a good lesson, besides.

The Darwin awards mention things like someone sawing off the branch of the tree, while sitting on the end of the branch, rather than near the trunk. You would wonder at some of these but they happen! Still a tragedy to their family and friends and hopefully a lesson to us.