I'd never have thought this was fake! 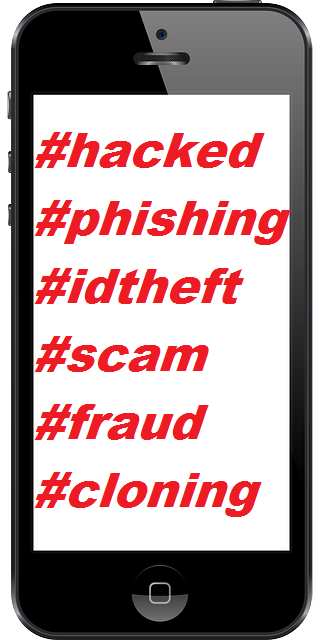 AND I NEARLY FELL FOR IT!

Like most of us I am aware that it is possible for our online accounts to be hacked. We can be the victims of any or all of the various types of online skullduggery committed by those who wish to part us from our hard-earned cash.

Usually I am vigilant with my online activities. My passwords are strong and are changed regularly. I don't use the same or similar passwords for more than one account so I'm fairly confident that my financial information is as secure as it can be - although none of us can be 100% sure.

A few days ago, however, I very nearly fell victim to a phishing attempt of a type I hadn't heard about previously and didn't know was possible.

First, a little background. My eldest son (my Wingman of my hillwalking adventures) was in Geneva (Switzerland). He travels quite widely for business and wherever he goes he likes to take lots of photographs which he either emails to me or shares with me on Google Drive so it isn't unusual for me to receive a text message on my phone telling me he is about to send some pics.

Well, after he had been in Geneva for a couple of days I received such a text message except that it wasn't in the usual style. What I received was a message telling me that ' I have emailed a video/photo file to you. Go to (a certain website) to view it' . The text included a password to access the site.

I thought it a bit odd but since he had very recently acquired a new phone and I was expecting photographs I went to the site and tried to log in on the assumption that his new phone did things a different way. But the site wouldn't let me in and that was when I started to wonder . . .

A quick text to my son confirmed that he hadn't sent me anything - it was a phishing attempt! Some online research revealed what was going on. T he scam works like this:

A'crooked' computer is programmed to send out millions of texts to random phone numbers purporting to be from a friend. The computer assigns the message to a 'friend' who is usually the first person on the contact list stored in your phone so you get a text message saying that your friend has sent you a file.

Most people would go to the indicated website to check out the file. In my case I was expecting photographs so I didn't even hesitate to think if anything might be a bit 'dodgy'.

Fortunately the website wouldn't let me in. If it had it would have asked for my phone number and once it had confirmed my number it would have used it to call a premium rate number (owned by the scammers) - rattling up my phone bill at a helluva rate - and collected the revenue for its crooked masters!

Phew - that was close!

Lesson learned: never, ever, reply to anything you're not expecting or anything out of the ordinary - If in doubt, check it out!

Cruise your way across Scotland

We've gone and done it again!

That was a lucky escape. Is your wingman the first person on your contact list? Many years ago, I was told to add 1111 as my first named contact in an address list, so it stayed at the top. Any attempt to use that fails. You could put your email address and maybe some kind of note that warns you of a scam?

His name is Andrew so yes, he is at the top of my contact list. Have you come across this type of scam before?

I'm always on my guard. Fortunately, I haven't been caught yet.

This is the closest I've ever come to being caught out by fraudsters. I'm both surprised and annoyed that I nearly fell for it.

Not for phones, it was originally used for emails before mobile phones had email capabilities.

I got a message from Microsoft that told me I would get a confirmation email for a 4 digit pin that they generated, so I can receive text messages on my computer even though I did not ever provide a cell phone number to them or anybody for that matter. I submitted the pin number but after that nothing happened. I never got a text message from Microsoft nor have any idea where that came from. I wish I had not even bothered entering the pass code sent by Microsoft because this is unknown territory and I have no clue as to it's origin or purpose, but it is too late to go back in time and undo it. Hopefully it was not a scam but rather a new feature of windows 10 that I just need to learn about. I am very uncertain of it's true nature and need to contact Microsoft about this to clear things up on my end so I don't worry about it all day and night over the next few days. I don't need this at this time as I actually have been ignoring all of my 1000 or more weekly e-mails. they are intruding on my time online.