About those Amigo electric shopping carts that handicapped people ride to get around in the store. 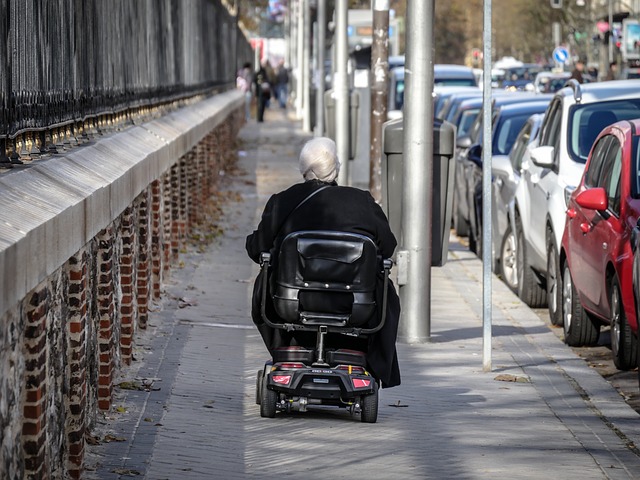 Yesterday at the Walmart Super Center they had about 8 or more people on an electrical shopping cart, which provides mobility to those otherwise unable to actually go into such stores to shop for themselves, and this brings more revenue into the stores as the baby boomers become over weight, get knee problems, and heart and diabetes and such. The generation that came right before mine, is the one that depends on those so called - Amigos Carts, which are an electric wheel chair with a shopping basket in front. They allow disabled people from ages 50 on up, who just can't walk on their own unless they are using a walker. This makes shopping easier for many.

I had spend 45 minutes yesterday looking for a cart for my wife to ride. They were all being used by other shoppers. They only have about a dozen throughout the store and that store, Walmart Super Center, in particular are a very huge environment to shop in, even for a sure footed man like myself. I wandered throughout the store, looking and looking until I came apon a fellow, a dwarf, who was about to pay for his stuff at the register. I had to ask him, "May I have your cart after you have put all your things in your vehicle. My wife is unable to shop without one." The gentleman was kind enough to allow me to wait and he asked that I wait in the lobby at the West entrance. I did so. After trying to get another cart to get me to the car where my wife was waiting, it died half way through.

I walked back to the West entrance and saw that very short man, a kindly fellow, a dwarf, standing beside his electric cart, apparently waiting for me and he had himself a cane. Apparently he had his groceries already taken to the car by a store associate. He told me the cart was not fully charged and didn't know if it would get me very far. I thanked the man. I took it to the car, as it went very slowly and my wife got on it and went inside. I pushed a dead cart from the lot into the entry next to an electric outlet and plugged it in. I told my wife I would catch up with her after it charged enough. I wanted it as a backup in case the one she had went dead while in the middle of shopping. If that happened, God knows she could not walk to the front of the store on her own.

I sat and sat for over 45 mintues as that cart charged and was blinking orange. I got fed up with waiting, as I watched customers go to and fro in and out as the greeter looked at their receipts to verify their purchases. When I found her in the bread section on a grocery aisle, I told her I wanted to make sure I had a second cart just in case her cart went dead. She said it was still working. I told her I had to charge this one and be back after getting some automotive supplies, cookies and some coffee and would be right back. After I put it in the car and walked back inside the store, my wife was about finished with her shopping.

We went to the restrooms and I waited for her while sitting on the cart and a man walked up to me and asked, "Sir, can I have that cart when you are finished? My wife is disabled and she needs one of these. I don't mind waiting." I agreed. But in the meantime, as my wife was in the lady's room, the man told me he had to go back to the shoes and look for a pair and would be back in the lobby at the East entrance. I told him that I would take the cart back to the lobby for charging after loading the car with our purchases. The thing is, while out in the lot, two different individuals asked me the same question. "Can I have that when you are though using it?" But I told each lady that I promised it to another person, who's wife was crippled and I had to decline. But when one lady stood there and pretty well ignored what I just said, followed me into the lobby and since that man had not yet arrived back where he said he would be, I told the lady who was tagging along with me to go ahead and get on it. The man I told to meet me here might have already obtained a cart somewhere else. but the minute that lady, who has terrible knees got on the cart and started it up, in comes that same man, and I had already explained that I promised it to him for his wife so the poor disabled lady got off the cart and the man got on it and he seemed a bit confused as to what to do. I told him while patting him on the back, "Follow your own conscience." I was hoping neither of them got angry at me for not having one for each of them. I felt bad about it.

Later I told my wife, "It is a very sad thing that so many elderly people who can not walk like healthy younger people, who depend on those Amigos carts when there are actually not enough carts to go around. I think it would require about 100 of those Amigos carts fully charged to even begin to do the job to help those poor disabled people get around and do their shopping. The thing is, a dozen or so of them carts compared to the tens of thousands of shoppers of which at least one out of every 30 or so would benefit from having access to those electric shopping carts to make it possible for everyone to shop, no matter how disabled they were, and the irony is, not only do they have too few carts, there is no one in charge of keeping them parked long enough, inside the store, to fully charge, before giving access to them for use. Even though the sign on the cart reads, Under no circumstance is this cart to be taken out of the store.

Yet nobody heads this command. The irony of course, is that people who use them, most of them could not walk from the lobby to their cars without using those carts to get all the way to their vehicles. So since these carts are not only good to use if you can still walk by pushing a regular cart by taking your items out of the Amigos electrical mobile shopping carts and placing your purchases in a regular basket cart you are the only ones who can benefit from using them only in the store, but the sorry fact is, this ... people mainly who use them to get around in the stores are so bad off that they must actually get on one from their vehicle out in the lot, and back again as they do not have the strength or ability to get out and walk from the lobby to their cars like any other person because they are in fact, crippled, disabled. They are suffering heart disease, diabetes, obesity, bad bones and joints, arthritis, getting over knee surgery, suffering great pains and totally helpless if it were not for these rechargeable ride around electric shopping carts, that by definition are designed only for handicapped people, not for lazy people who just don't like walking 5 miles a day as they walk the huge floor space of a Walmart Super Center. They are so huge that they are more like walking inside a shopping mall.

Unless these super stores supply a greater number of these carts, and keep them charged 100% and have people hired to go get them for each person who needs to use one, and retrieves them from the lot when they are left abandoned, and the store managers provide benches both outside and inside for elderly and disabled shoppers to sit and wait for a ride home to wait for a cab or a friend to pick them up or even a handy rides shuttle bus. The problem will only get worse. I see this as a challenge. A definite issue that needs to be the focus on big retail box stores and even small retail stores. We are living in an age of disabled baby boomers. Either they will use these carts to get around or they just won't be shopping there. They will have to use alternative means to get their groceries and other needful things via online internet shopping, prime delivery services or hire someone to take a shopping list for them and pay them to do their shopping for them.

I have seen these ride around carts being used, abused, stolen, broken, exposed to the weather, wires missing or frayed, bumpy, failing to move forward unless you stand up and then sit back down on it. The many things that go wrong with these carts is obviously caused by their abuse at the hands of people who simply abuse them.

They sometimes are seen sitting at the wall in the Kroger store, sitting on the Amigos carts, like they were a sofa, and not riding them. They will sit on one, waiting inside the store, as if they are waiting for a ride home and in some cases this is true, and of course, they are elderly and practically can not walk. But when the store fails to provide benches for the old people to sit on and wait for a ride either in the store or outside just outside the store, it is going to be a permanent problem for those who actually need to use them to get around in the store to shop but can't because the people sitting on them, and resting, but not using them to shop with, take advantage of the situation and mostly refuse to relinquish one to a person who actually wants to use it for shopping.

I had to get a security guard to make lazy person get off one so I could give it to my wife to shop as she was walking, using the shopping cart as a walker, and getting so much pain that she almost cried from it. I made darn sure she got her cart to ride on. If not for these carts I would be shopping at the store, alone now, reading items off a shopping list.

It is a sad state of affairs when people are faced with this kind of hassle. When you consider how much profit these big stores make surely a few more carts would be a good investment in customer satisfaction alone?

The big stores get the carts because it looks good but they don't think about what else they might need to keep them running!

That is my feeling about it also. They seem to be basically there as a front, not a real attempt at making customers who are disabled, feel like they are getting a good deal. The apathetic aspect of this makes me want to scream at times.

Life is a struggle, no question of it.