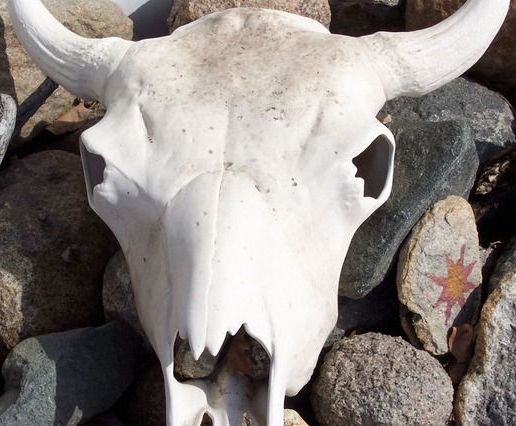 Leave certain objects out in the sun for a long period of time, and they will bleach out. This is due to the action of light and oxygen. But housewives haven’t got the time to bleach clothing in this fashion!

Instead, they add a little chlorine bleach to their washing machines. They often added commercial bleach such as Clorox. Such a bleach consists of a dilute solution of a hypochlorite, whether it is sodium or calcium hypochlorite (NaOCl or CaOCl).

However, there has been a recent trend to use another sort of bleach, oxygen bleach. This should not surprise the reader, as she is doubtless familiar with the bleaching of the hair using hydrogen peroxide (H₂O₂).

The bleaching of clothing employs peroxycarbonates such as sodium peroxycarbonate (Na₂CO₃·1.5 H₂O₂). Notice the second portion of the chemical formula – hydrogen peroxide! As to the first part, Na₂CO₃, this is sodium carbonate. Another name for sodium carbonate, as many of the former generation of housewives will recognize, is washing soda. Washing soda is an alkaline supplement for ordinary detergent to assist in the cleaning process.

An advantage in using oxygen bleach is a diminished tendency to bleach out intended fabric colors. Now you know the rest of the story.

There is a commercial peroxide bleach available in the UK for overnight bleaching. It works pretty well.

I use a spray to remove tough food stains in cotton and it is very good at removing stains that are otherwise hard to get out with just detergent and yes, the color remains as bright and solid as before. It is OXICLEAN and it has become a regular item on our get list for laundry work.

I used OXICLEAN spray on a stain but it did not remove it completely. One stain was gone but there was residual stain left behind so my wife told me I didn't leave it on the cloth long enough before putting it in the wash. So we will try it again and see if it gets out the stain the second go-around. Bleach does take out colors and we use it in liquid form, only when doing whites and it does a great job. The name of the brand we use is similar to CLOROX but is a generic sold at the Walmart Super-center store.

If you need to use it twice, make sure you do not wash the item at a higher temperature than 30 degrees celsius (about 86 degrees Fahrenheit, I think) as that sets the stain, so it won't come out. That temperature is quite cool (below blood temperature).

I am afraid I washed it in warmer water. But then my wife was in pain so I did the laundry. I need more experience at it. Oops!

A former colleague told me one time that his mother had a degree in washing machines but she still managed to make mistakes with her laundry, like dying a white vest pink! So I wouldn't worry about it. LOL

I discovered Bicarbonate of Soda and no washing powder makes whites whiter. Apparently, there is something in washing powder that makes them go grey.