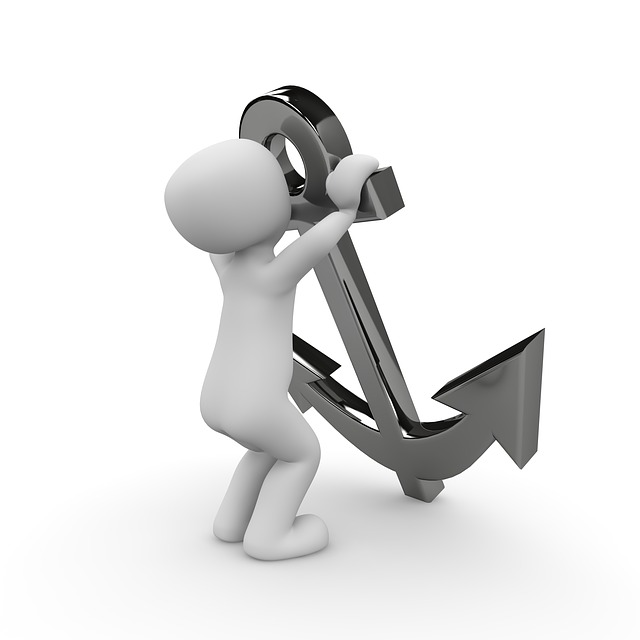 YO HO HO and a bottle of rum! Mrs Kasman and I went all nautical on this year's holiday trip to the Scottish highlands. We chose to hire a motor cruiser and travel up and down the Caledonian Canal, or at least part of it.

The Caledonian Canal runs for about 60 miles from Fort William on the west coast to Inverness on the east coast ( read about it here ) and is a very popular route for pleasure craft and small commercial boats saving, as it does, the long trip around the top of Scotland for those who wish to sail from west to east (and vice-versa).

Never previously having sailed any kind of boat I was a bit apprehensive about how it would go but we (yes, Mrs Kasman, too) were given instruction on the finer points of cruising and in particular berthing and tying up a small motor boat which can be a bit tricky if there's a wind blowing since boats don't have handbrakes!

This being our first time we had hired the boat for just four days and chose to travel from the cruising base at Laggan Locks south-west down the length of Loch Lochy and through a narrow man-made section of canal to Banavie, just outside Fort William, stopping once on the way to berth overnight at Gairlochy (see the video below).

Banavie is the location of Neptune's Staircase , a series of eight locks which let boats down from the higher level of the canal to the lower level of Loch Linnhe, the sea loch which runs south past Fort William to the Atlantic Ocean. We didn't go through the locks since hired boats are restricted to the canal only and berthed at Banavie for our second night.

We were pleasantly surprised at the facilities on board our cruiser ( Kingfisher 1 ) - all mod cons except that it was a bit cramped and we kept getting in each others' way. I eventually solved that problem by staying at the steering position and letting Mrs Kasman do all the domestic work below decks!

This was a thoroughly enjoyable holiday even if the weather wasn't perfect (this is Scotland after all) and we would certainly consider doing it again perhaps for a full week next time so that we can head north-east towards Inverness and explore the full length of the Caledonian Canal. 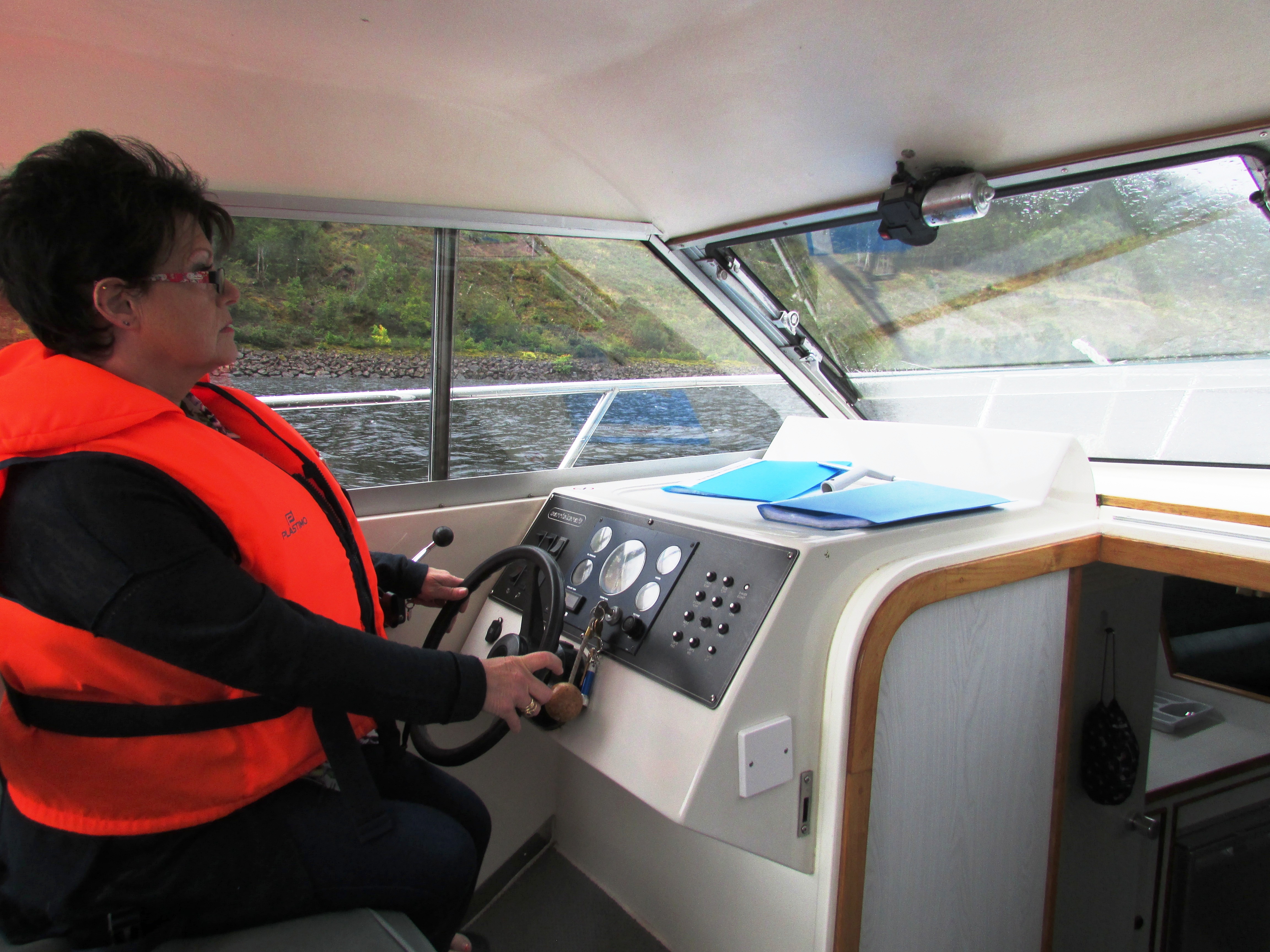 MRS KASMAN IN THE GALLEY 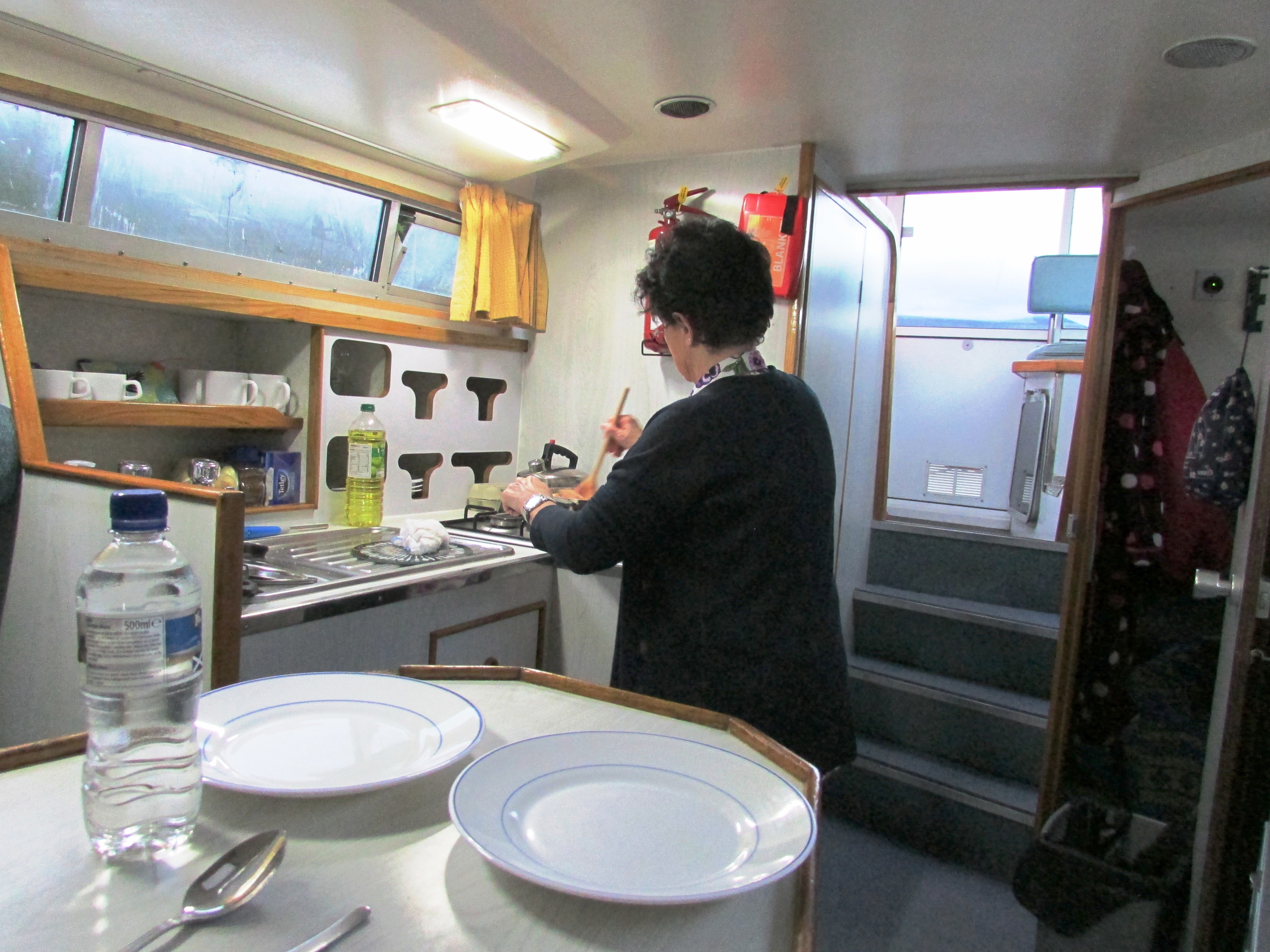 KASMAN DOING SOMETHING NAUTICAL WITH A ROPE! 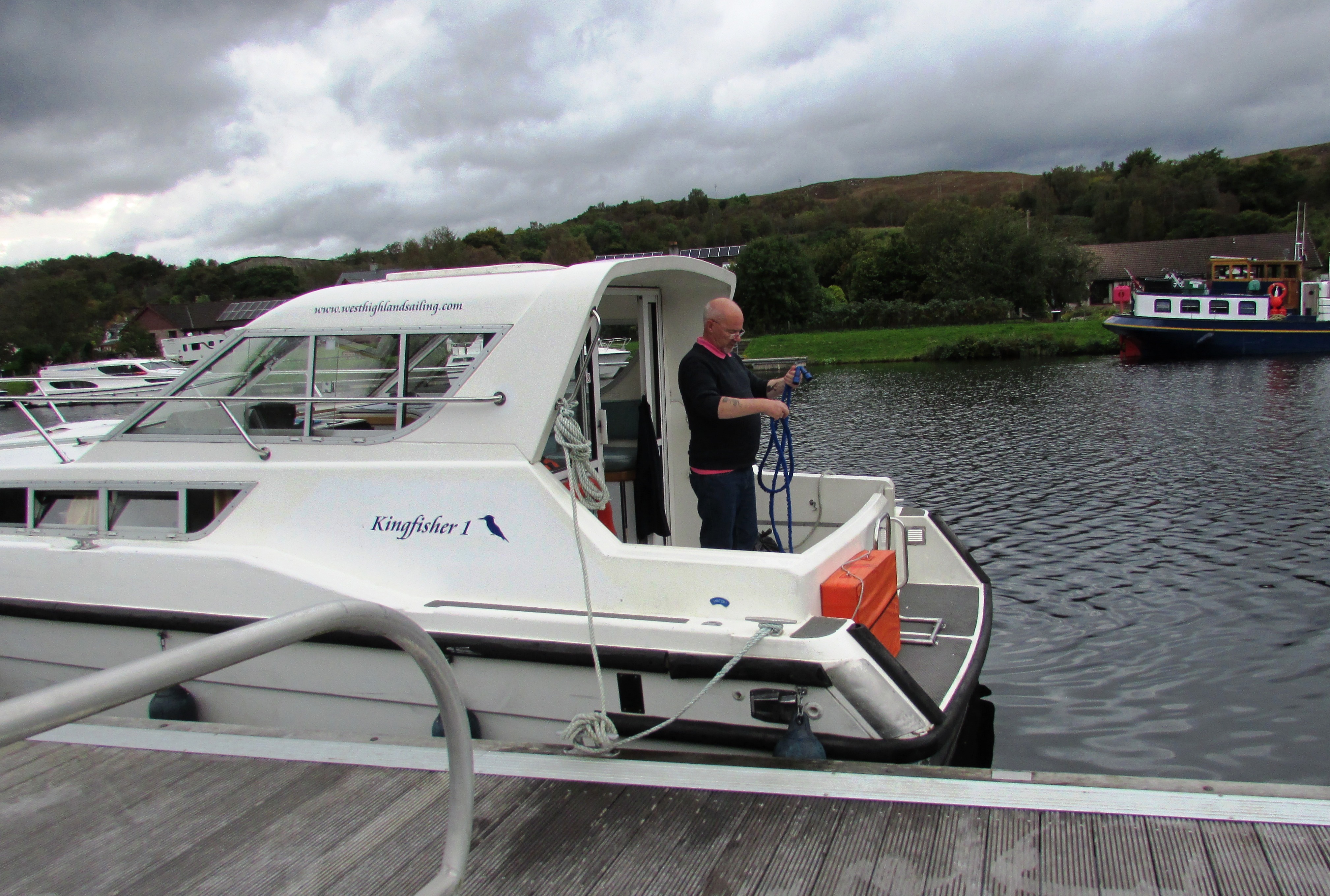 AND DON'T FORGET THE VIDEO - OUR CRUISING HOLIDAY

I must say, you are an adventuresome couple. And you travel in places I can't even utter the names of. It's good you have lots of energy and the vigor and desire to see the good land.

We intend to make hay whilst the sun shines!

Great video. What video camera do you have?

It isn't a dedicated video camera it's a Canon SX500is. I've had it for some time now and it wasn't particularly expensive - that and the fact that it's quite small suits me for my hill adventures 'cos I'd hate to take a top-of-the-range camera on a remote camping trip and lose it!

Your images are good ones. That cruiser is very nice. Must have been fun.

We did indeed have great fun and might do it again in the near future.