Would You Enjoy a Steaming Hot Kettle of Pepper Pot Soup? 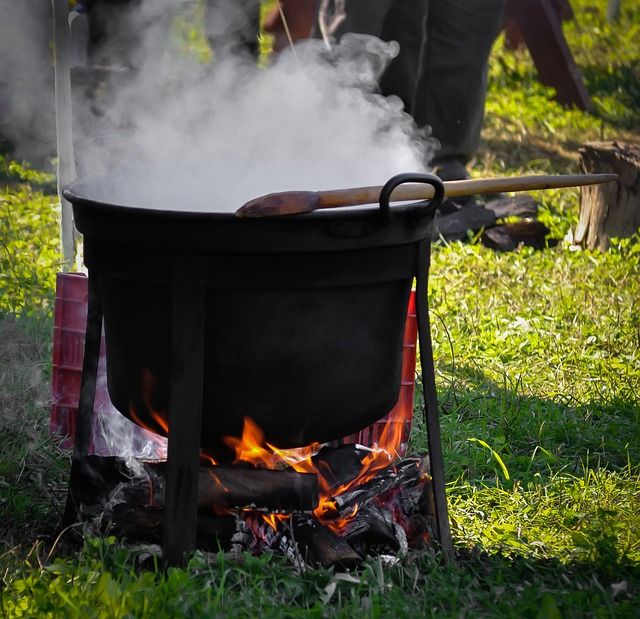 Soup. It can be more than the sum of its parts. There are few better soups than Scotch Broth and Pepper Pot. I love 'em both. I'd like to discuss the delicious Philadelphia soup called Pepper Pot.

I believe it is historical, though it may be just allegorical, that one day Benjamin Franklin bumped into a vendor selling on the streets of Philadelphia (I think it was around 2nd and Chestnut, where I later was employed in a Drexel Co-op job at the Food & Drug building.

From this story, it is apparent pepper pot is not a newcomer among soups. This soup is a flavor and aroma extravaganza. Its ingredients include:

Cook over a low flame for a sufficiently extended period of time so everything is tender and delicious. Serve hot! Talk about good!

I Love Teaching the Bible

It certainly sounds like a very economical soup, warming and tasty but unlikely to cost very much.

I'm not sure exactly what tripe costs. It is an Italian favorite. But I feel certain it is considerably less than many better cuts of meat.

Tripe is the lining of an animal's stomach. It's very popular in some countries. I have never had it. Apparently, it is very smelly but dogs love it, raw. Some buthchers will sell you a whole sheep's stomach. It can be frozen. It costs much less than other cuts of meat. There is actually a site called the tripemarketingboard.co.uk

Glad you like that recipe. I won't have Tripe. I just can't stomach it.

LOL. That was quick thinking!

I won't ask, then, if you've ever had Mountain Oysters.