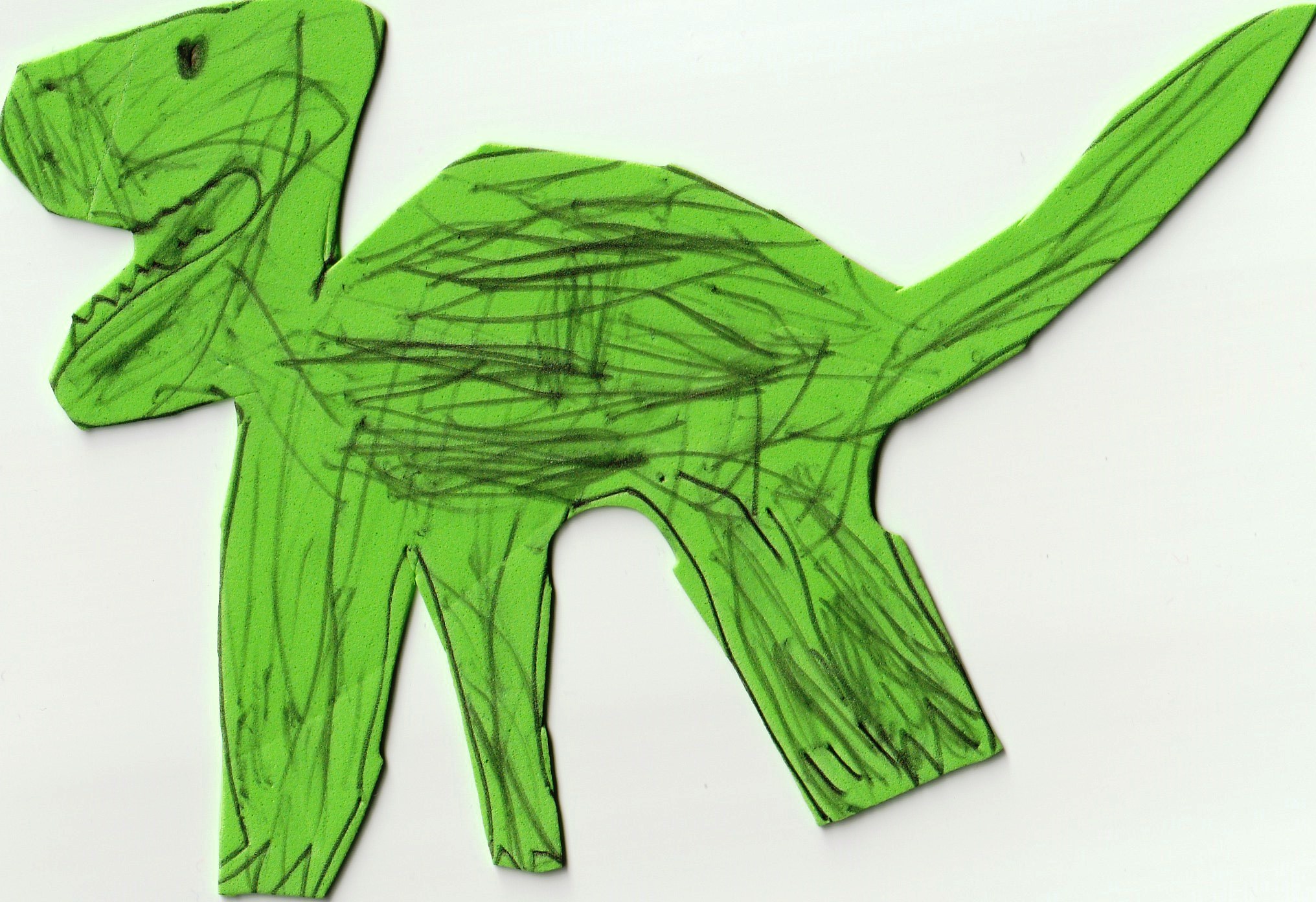 HE'S TURNING OUT to be a budding artist! Rory, our grandson (3½), loves drawing and painting. When we visit he often drags his grandad into the playroom and gets out his colouring books and pens.

He isn't allowed paints yet except under close supervision (his mum still remembers what happened when his older sister was allowed paints at an early age - suffice to say the playroom carpet still bears the marks!) but he is allowed free access to any amount of paper and (washable) marker pens and he makes the most of this when grandad is there.

His latest effort, the dinosaur pictured here, he cut out (with a little help) from a sheet of felt which he then proceeded to 'colour in' with a biro. The observant amongst you will notice that this dinosaur has only three legs.

I wasn't around during the time of the dinosaurs but I'm fairly certain that there were no such critters as three-legged dinosaurs. OK, Rory is only three-and-a-bit so we shouldn't expect anatomical accuracy from him.

The thing is, actually, as a matter of fact, to tell the truth, Rory didn't draw the outline of the dinosaur. His gran did that!

Sick as a dog!

Bet he enjoyed colouring in his dinosaur. And I bet gran would say that the two back legs are just side by side! LOL

I think she sees the world in a 'unique' way. She once drew a budgie with ears!

With a rear leg like that one, who needs a fourth leg? Hm. Chicken legs should be so fat...

Lol, maybe she confused it with the horned owl!

Now, THAT'S an idea. Of course, then it might be a turkey!

I like reading this. You know that of course we were not around when the Triceratops walked the planet. Perhaps there actually were a few 3 legged dinos walking around. I would have to name such a creature, Tripod Rex.