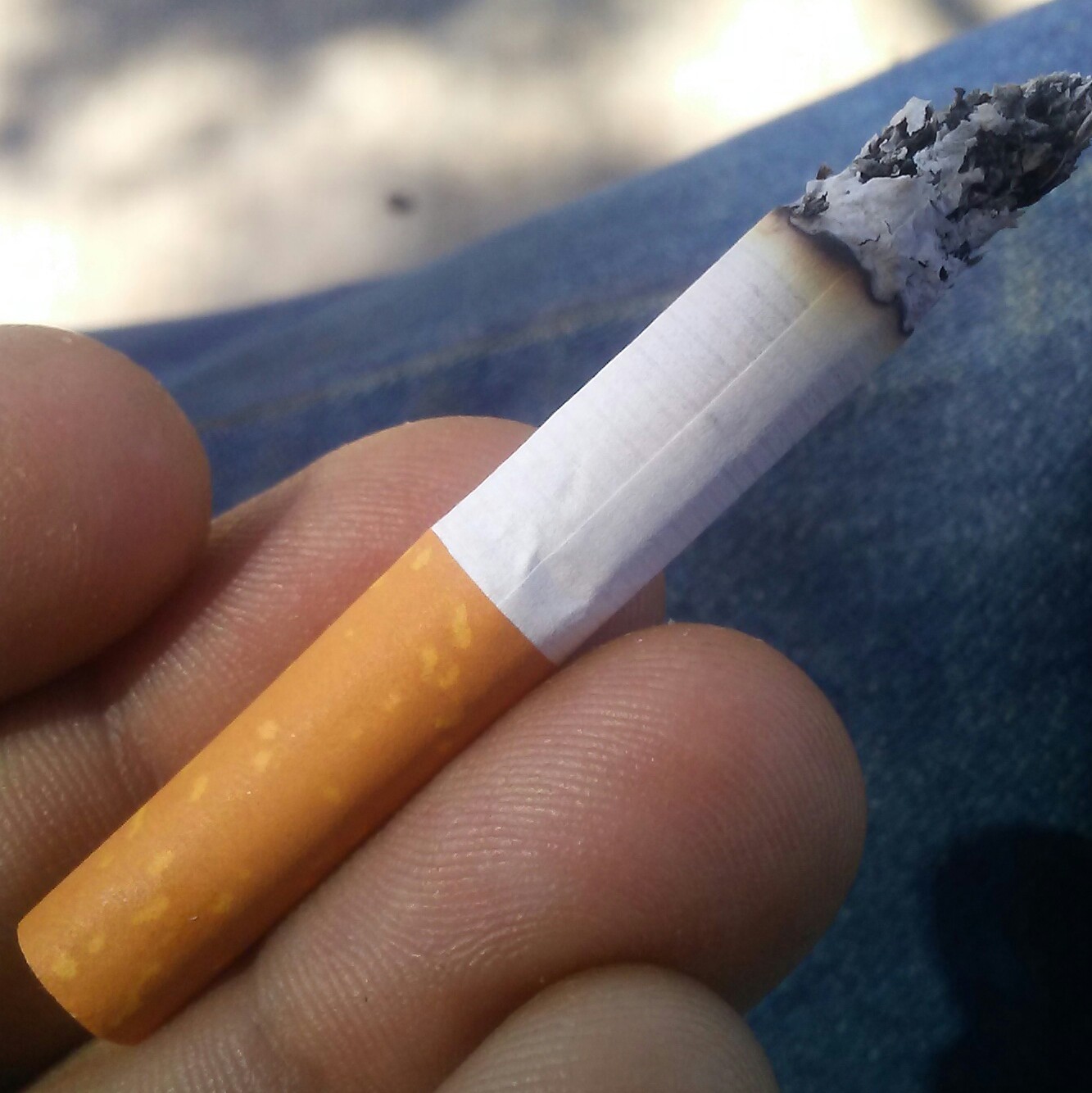 I grump, whine, cry and complain about my personal past with drugs a lot.

I lay as much hatred upon those enslavers of Humanity called "drug dealers" with as much energy as a guy can muster.

But, when it comes down to it, these nasty cigarettes - and this addiction - is just as much a form of slavery, too, if not worse.

I say worse, since cigarettes - all forms of tobacco use - are considered "socially acceptable."

(Oh, Mighty Buer, help me, please. Remind me of my strength.)

While drugs like marijuana (Shut up potheads. Marijuana IS a drug), cocaine, meth, synthetic opioids and the nefarious alcohol are so dangerous, they're illegal to one degree or another, everywhere, tobacco is so accepted, the U.S. government sees it as one of their favorite cash cows, taxing it to a ridiculous degree.

I started smoking these nasty cigarettes at eight-years-old. I saw nearly ALL of the adults around me sucking on them, so I emulated them.

I so loved those folks, I wanted to be like them.

I still remember that cigarette stub, left in the living room ashtray by a suitor of my mom and, I figured I'd try it myself.

I took it out behind the garage, along with a pack of matches and lit up.

Considering how dry it was, I'm lucky it didn't't start a grass-fire.

A neighbor-kid saw me, told my brothers (Peach meant well) and they made the very common mistake of telling me, if I'm going to smoke, I had to inhale.

This never discourages a new smoker. In fact, it sets the addiction, firmly.

Mom was so tired from working two jobs, she simply didn't have the energy to beat the fear of smoking into me like I needed. (I've forgiven her, since, I assure you.)

Dad had lost all control and influence by this time. Still, when he found out, he tried his best to appeal to me to at least wait until I grew up.

But, by that time, I wanted to be "cool," like my STUPID "friends," who would likely not even visit, should end up dying of cancer one day.

I can't think of a legitimate reason to continue smoking, just the irrational perception of fears of withdrawal and weakness.

All of the reasons I started no longer apply. Those former heroes of mine are now either dead and gone or are now seen as just other Humans, like me.

Cigarettes - and all forms of tobacco - are nothing more than slavery, the same as any other drug. And, I am not made to be anyone's slave.

No PersonaPaper Didn't Shut Down

Yes cigarettes are slavery too but so is food, in some ways. Some of us are more wired than others to succumb to these temptations. It doesn't make us any better or worse than others, it's just harder or easier to avoid them. I have no problem avoiding tobacco. I never liked it. Now food, in some ways, I have an addiction to that which it is difficult for me to control. My husband also started smoking at the age of 8 years. He has long since moved onto a pipe, instead of cigarettes and has tried so often to break the habit but stopping smoking gives him serious health problems with ulcerative colitis and smoking seems the lesser of the evils.

MegL Thanks but I don't see how now smoking would cause, or contribute to ulcerative colitis.

Then again, I'm no doctor. I just play doctor a lot.

Smoking helps LESSEN the likelihood of a bout of ulcerative colitis. Nicotine patches can help.