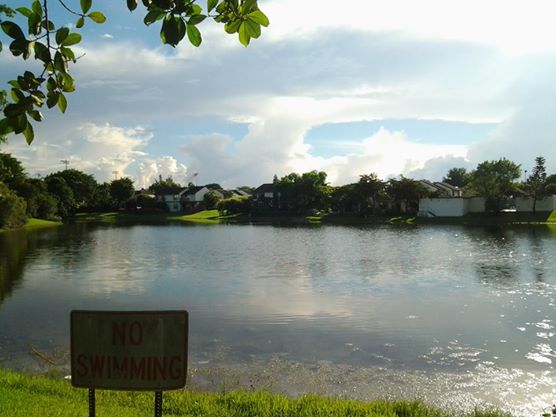 It's another hot September afternoon here in the Sunshine State. As I write this, the temperature outside is 91 degrees Fahrenheit under mostly sunny skies. With humidity at 55% and a southwesterly breeze blowing at 10 mph (with gusts of up to 18 mph), the heat index here is 102 degrees Fahrenheit. Though it is not raining at the moment, we are expecting showers and even an occasional thunderstorm within the next hour or two. Hey, what can you do, folks? It's the tail end of summer, and Florida is in the South. As the saying goes, it is what it is.

So, what have I been up to lately? Well, in addition to working on my Big Fiction Project, I've been working on a blog about living with cerebral palsy for a site called Cerebral Palsy Guidance. I get paid by the owner and I can write about any subject I like, as long as it's relevant to the site's mission. What's CPG's mission, you ask? As the "About Us" section states:

Cerebral Palsy Guidance was created to provide answers and assistance to parents of a child with cerebral palsy. Our goal is to reach as many members of the cerebral palsy community as possible, building up a network of support, as well as providing necessary assistance.

I normally wouldn't write about living with cerebral palsy. Yes, I have lived with it for over 53 years, but it's not something that I enjoy discussing in a public forum. However, I was asked to do it because the site owner felt that the intended audience - parents of a child with CP - need to know that a kid with this disability can lead an active and rewarding life, albeit one marked with a plethora of difficult challenges.

Here, for instance, is an excerpt from my latest CPG blog:

It is a harsh reality of the human condition that most adults have to deal with their parents’ aging and eventual passing. With rare exceptions when one or both parents have died young, many of my 50-something-year-old friends are dealing with similar issues, and even under the best of circumstances, it’s never easy. And for me, my disability has a “multiplier effect” that makes it difficult for me to handle stress and negativity.

Not that I’m a stranger to difficult situations. I was my mother’s primary caregiver from June of 2010 till she died on July 19, 2015. This was the biggest – and hardest – challenges that I have faced in my life.

Of course, I wasn’t the only caregiver my mother had. The state of Florida provided home care aides through its Medicaid program, and the Department of Children and Families gave us Supplemental Nutrition Assistance Program (aka “food stamps”) benefits during the last five years of Mom’s life. I also had some help from a family member, even though that assistance was often more problematic than it was helpful.

Nevertheless, as the legally-recognized primary caregiver for a physically incapacitated elderly parent, I had to deal with challenges and situations I wasn’t prepared for. One day I was a forty-something-year-old writer with cerebral palsy who lived with his mom, only to be appointed as the sole decision-maker in our home because Mom could no longer run the household.

At first, the role switch was difficult, even overwhelming. I wasn’t well-versed in the nuts-and-bolts details of paying all the bills, grocery shopping, doing laundry, or taking care of a sick elderly person. In fact, I tried delegating some of these responsibilities to my older relative, but I soon discovered that the old adage, “If you want something done right, do it yourself” is often true. After several unpleasant incidents regarding grocery shopping and laundry took place, I decided that it was best if I handled those duties myself. It wasn’t easy, but I believed at the time it was the right thing to do. I still believe that, too.

I have also been trying (without much success) to write more movie, music and book reviews for my blog, A Certain Point of View. I was doing well at it in July and early August, but somewhere along the line I lost my "reviewer's mojo" and I haven't been posting new entries recently. I guess I got so used to writing for paying sites (such as Examiner and Epinions) that I'm a bit lost when their corporate masters close them. That's the bad news. The good news, though, is that I have enough DVDs, Blu-rays, CDs, and books to write all-new reviews about, including Hulu's 11.22.63 miniseries, the 20th Anniversary Edition of Independence Day, and more.

Anyway, I hope all's well with you, Constant Reader. I'm doing okay in my little corner of the world. I have my share of worries and problems, but my life is a bit calmer now.

So, until next time, live, love, and laugh as much as you can.

That's difficult taking up the reins of a household when you haven't been used to it, even for someone who doesn't have the extra challenge of cerebral palsy. I have always said that EVERYONE should live alone for a year before moving from their parents' house to live with a spouse or partner - it's the best preparation there is and it's easier to learn when you're younger and are not suddenly thrust into a caring role too.

The closest I ever got to living independently when I was younger was when I went to Sevilla, Spain, as a participant in a study-abroad program. I was away from home and parent for a whopping 88 days....not quite an entire quarter-year, but close.

For two of the three years I was away from home at university, I lived in Halls of Residence, they provided meals and did bed-laundry and cleaning etc. It was only when I rented a room and had to cook for myself and wash dinner dishes and take a shower at the students' union and do my laundry there that I understood what living independently was. I remember the winter, in a top floor old house, with a paraffin heater for warmth and the spin dryer (no tumble dryers then) in the students' union breaking down. I had to lug dripping wet clothes back in a suitcase, leaving a trail of water down the road, then hang them on a wooden clothes horse round the paraffin heater. They took 3 days to dry. Mind you, 88 days away from home could make quite an impact. I remember my son leaving home as a student to live 20 miles away in Belfast. We didn't see him for a couple of weeks, then he came home weekends to do his laundry, then the weekends got longer until they met in the middle

. He brought home boxes with dishes that hadn't been washed for a fortnight!