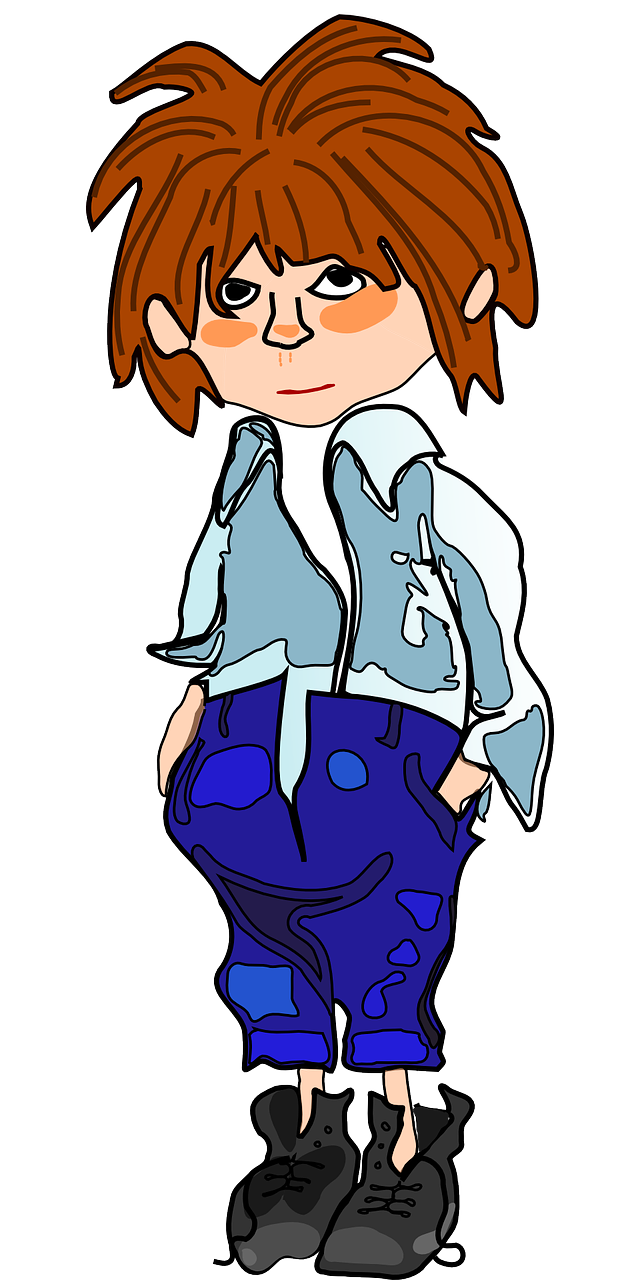 When Granda Was A Boy

This happened long ago, when your granda was a boy or maybe even before.

You know, children's parents didn't keep quite as close an eye on them as they might these days, the parents might have had other small children to look after, and housework and cooking took a lot more time, so they were glad the older children were amusing themselves outside and not making a mess in the house. That meant children could wander quite a long way from home, either along pavements in the town or village or even into the countryside, to catch small fish in the streams and climb trees. Older children were expected to look after the younger ones and take them with them when they went out.

The baddest boy was active and inquisitive. He wanted to try everything out, talk about it and do things. He was out playing in the streets from 4 years old. His mother took him to school on his first day at 4 years of age and after that, he took himself - he didn't want his mother walking him there and home! But in school, the teacher locked him in the cupboard for a time every day because he was so naughty. He also got caned a lot.

One day, the teacher asked if any of the pupils could bring hedge clippers to school, so that a particular bush could be pruned. That wouldn't be allowed these days! The baddest boy went home for lunch each day, so after eating, he crept into the shed without his mother seeing him and brought his father's hedge clippers back with him for the afternoon session.

He had never been allowed to use the hedge clippers at home, so he tried opening and closing them a few times. They worked rather like scissors but they needed both hands. There wasn't any paper around but there was a hedge nearby ... so he tried cutting off a branch. Those clippers were sharp and the branch fell very easily. It was fun, even though it left a hole in the hedge, so he practised with them on every hedge he passed on the way back to school and a few other bushes he found along the way too. You can imagine there were a LOT of complaints, as people followed the trail of hedge clippings down the road.

He was punished of course but his parents also complained to the school for asking that a pupil bring clippers in with them.

OMG! I bet he wasn't actually such a bad boy. He was just a boy who was a bit in need of proper guidance.

Not according to him and his parents!