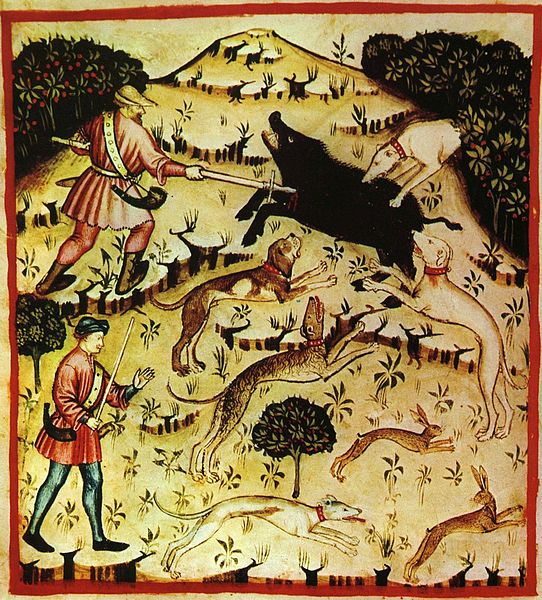 In the early day dogs were used for hunting. These dogs would find prey and drive it into the nets. This method was used for centuries before guns were invented. Guns were finally invented and this changed things, The first guns were heavy and awkward to use. The hunting dog had to stand for a long time pointing at the game. The Spanish were the first to develop a suitable dog. This dog was called the Spanish Pointer and they are now extinct.

The English Pointer is developed from the extinct Spanish Pointer. The first shot guns started being used for hunting and wars in the 1600s. They were used mainly to shoot ducks. The Spanish Pointer would find game and he would point for long periods. Some would stand and point game for hours.

It took time to load a muzzle loader gun. You had to do it in 4 stages. Your use a ramming rod to put r components down the barrel. To load the muzzle loader you put gun powder, wadding, small balls and projectiles and more wadding to keep it all together. The gun powder and projectiles were kept separate so there were no accidents.

The hunter would start loading the gun when the pointer spotted something and froze in a point. The hunter would then load the gun and put some fine gunpowder in the gun until it came in contact with the mechanism that made the sparks. When the hunter pulled the trigger sparks would be made by the mechanism and the fine gun powder would be ignited and this would explode the main gun powder and everything else that was put in the gun would come out.

That was interesting about where the 'pointer' originated.