Leadership Qualities Before The Age of Two Years? 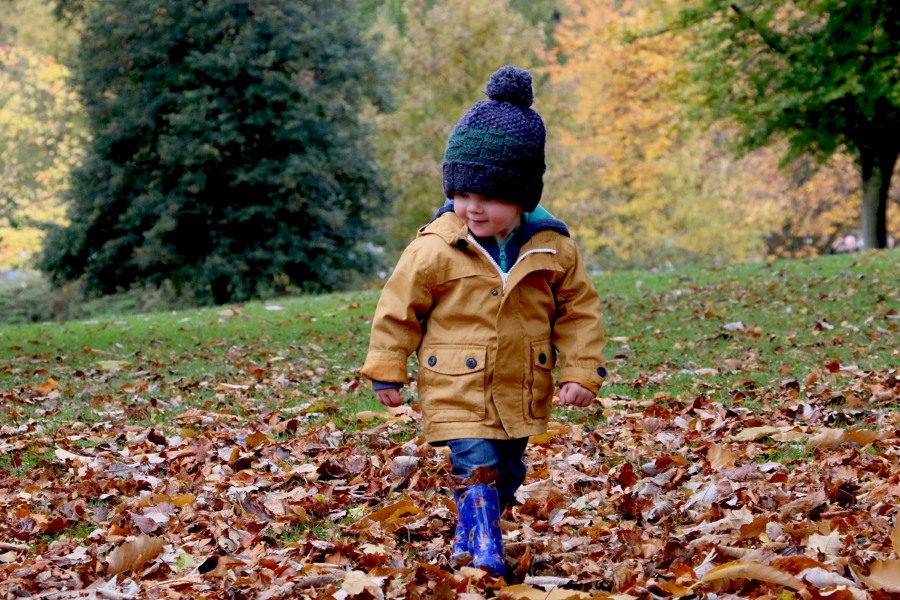 My daughter and her husband play music and were asked to play at their eldest daughter's nursery class for 3 and 4 year olds, as part of St Patrick's Day celebrations. They have done this before. They also have a nearly-two year old. She goes along but last time, I went too and supervised her.

The 4 year old behaved herself as always and sat with all her friends on the little chairs set in a semi circle in front of the stage but the 2 year old had no intention of sitting down to listen and join in. She climbed up on the stage with her mummy and daddy and the nursery school staff did not remove her, so her mother stopped singing to lift her down. At this point she decided it would be more fun to crawl into the tunnel formed by the row of small child-sized chairs to escape. Her sister followed her and all the other children followed as well, so there was a whole snake of children crawling under the chairs and the place was in chaos! All following a less than 2-year old who decided to make her own fun.

Maybe next time they will want me to go too. This little monkey will be going to that school in 10 months time. The staff will be hoping she has calmed down by then!

I would have really laughed to see that. You described it to a T.

Hahahaha!!! I can't imagine the chaos but a loving memories of your grandchildren and the other kids...
Well I think they just can't go in any events without grannies. Here in the Philippines grannies is always available when the parents are gone to work. Hehehehe... God bless.