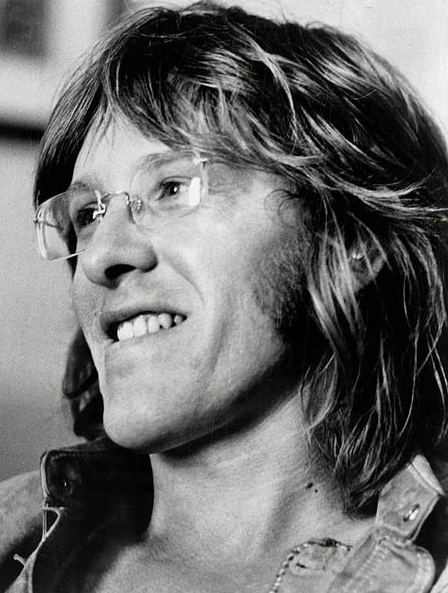 Rock and roll has taken a beating since 2016 began. Today the music world lost its third Rock and Roll Hall of Fame member with the death of Jefferson Airplane/Jefferson Starship co-founder Paul Kantner.

Kantner died from complications of a heart attack he suffered last week, including septic shock and multiple organ failure.

Paul Kantner and Marty Balin began as folk singers in San Francisco. Failing miserably, the formed a band more influenced by the "acid rock" going on around them. They called the band "Jefferson Airplane" after a nickname that a friend had given to another band member.

Although the so-called "summer of love" and "Haight-Ashbury" scenes in San Francisco were generating significant press, Jefferson Airplane's 1967 hit "Somebody to Love" was the first major commercial success from that scene.

The band went through numerous personnel changes and two name changes (from Jefferson Airplane to Jefferson Starship in the mid-70's, then to "Starship" after Kantner left the band and sued over the name "Jefferson Starship"). Kantner was the final original member of the band to leave, departing in the early 80's when he deemed the band's direction to be too lame and commercial. (In a classic moment, Kantner, during the VH-1 Behind the Music on Jefferson Airplane/Starship, mumbled, "Yeah, 'we built this city'" and flipped a bird at the camera.)

Kantner and the band's iconic female lead singer, Grace Slick, were in a relationship together in the late 60's, having one child together, China Kantner (who is an actress and a former MTV VJ).

Paul had struggled with health issues since 1980, when he suffered a cerebral hemorrhage. He had a heart attack last year but recovered and toured with Jefferson Starship later in the year.

Jefferson Airplane is to receive a Grammy "Lifetime Achievement Grammy" award at the ceremonies next week. Now, like another Rock and Roll Hall of Famer (Glenn Frey, who was to be honored at the Kennedy Center Honors last month), Kantner won't be around to see the ceremonies. As the Jefferson Airplane song "Volunteers" said, "One generation got old, one generation got soul." Now, sadly, that generation that "got soul" is getting old and leaving us.

It's Hard to Say Goodbye

Another one. Well, it's a generation that has reached a certain age when they are going to start falling. Think about how old Mick Jagger or Paul McCartney are now.

Or how well embalmed Keith Richards already is.

You're absolutely right, of course. Some people became legendary by dying young (Janis, Hendrix, etc.) and leaving fans to wonder "what if." The people we're losing now became legends by surviving (including their own self-indulgent behavior) and having a long career. It's shocking for a number of reasons, including the fact that some of these people lived long enough to die of "natural causes."

The reality is that a number of those passing have 'long' battles with health issues. Whether it is genetics, the lifestyle, bad luck, or something else isn't the point. It's not just 'age' (though, as I've said before, it is a generation hitting an average), but the culmination of a number of issues. As you say, what is notably 'shocking' is that some of them lived as long as they did. If the credo was to "live fast, die young, and leave a good looking corpse," relatively few ever succeeded at all three. Kinda like there are old pilots and bold pilots; but, there are very few old and bold pilots.

I remember listening to Jefferson Airplane when I was nine and ten and moving on to Jefferson Starship and Starship. Loved the songs even now.