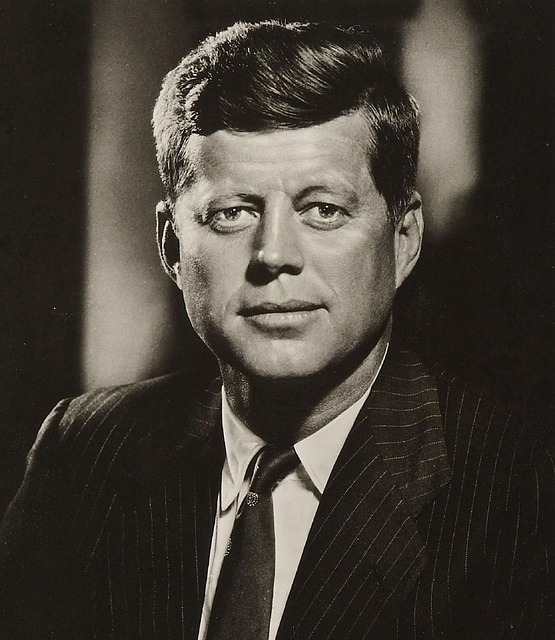 Continuing to follow the dots on my timeline which started with Eisenhower .

The grown folks around me sure thought he was a good POTUS. Didn't know much but saw no reason to disagree with them. Have always believed that this man would have been one of the best presidents. But we will never know as he was cut down by an assassin's bullet or bullets. To this day, the identity of his murderer or murderers have never been confirmed. But the day he was shot is etched in my memory forever. People – the adults, that is, in my neighborhood were showing a range of emotions: sorrow, shock, despair, anger, dread. My older sister made a scrapbook of newspaper clippings – everything she could find about JFK. Sadly, don't know what happened to it. Wish I had kept it. Its historical value would have been priceless.

Kennedy's assassination completely changed my understanding of this thing called “politics” in America, and in the world. Politics is dangerous! Not only dangerous but confusing. To want to get rid of a bad leader – like a ruthless dictator or a really cruel monarch - that's understandable. Not saying that's the right thing to do. But to kill a good leader? That is so clearly and obviously wrong. WHY?? Does this mean the good really do die young?? (O.o)

Thoughts from a child's heart. ♥

I can remember being in school and the teachers suddenly looking ashen and then came the news of the assassination by Oswald.

I was two years and a few months old when JFK was struck down. In the years since, I've become convinced that Castro and the Kremlin were involved, perhaps as payback for Kennedy forcing them to back down during the Cuban Missile Crisis.

Still not born but when he was killed I was a twinkle in my mom's eye. He had a lot of good ideas I am told.

Another teacher came into our class and whispered something to my teacher and my teacher expressed shock! But she didn't tell the students anything except that we were to pack up and get ready to go home early. It wasn't until I got home from school that my sister told me what had happened.

I have never suspected Castro or Russia. I always thought it the conspiracy theories indicating it was an of organized crime were true.

Imagine his son, the other late John Kennedy. he was given a video to watch and listen to his father speak and hear his ideas.

Here is the thing I find a most remarkable note about Kennedy. He was a rich white kid. Nobody scorned him for that. He seemed to have had a noble heart. Not saying he was perfect. But these days people want to act like rich people don't know how to empathize and like there is this continuous war or struggle between the “classes”. “Eh! You're a rich white kid! What do you know??” NOT! Don't remember anybody criticizing Kennedy in that way.