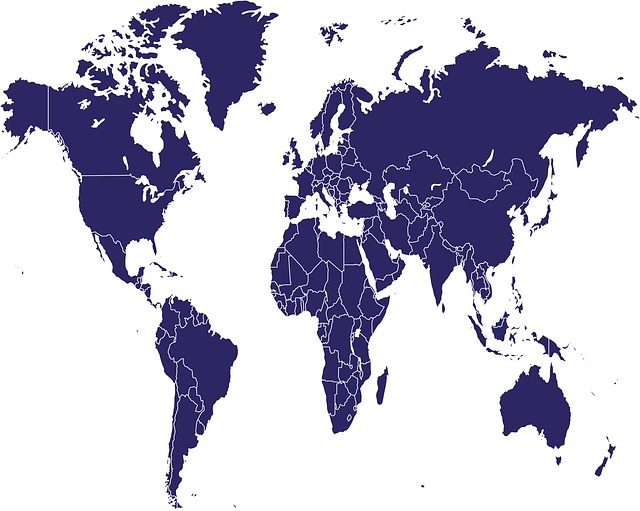 Several times recently I have had cause to bless the fact that I am a native of the country in which I live. For starters I have a driving license that passes for ID in several other worldwide locations and a passport that does the same.

So what made me so grateful? Firstly was when I heard The Donald pontificating about banning Muslims from America. (Sample article from The Guardian, December 8, 2015 ) Now, I know some very talented Muslims, who stand on the same side of the fence about the current terrorist threat as I do, namely that they’re really rather hacked off with it all and can’t see that what their brethren are doing bears any resemblance to the religion they practice. I have a valid ESTA and I live in a country which has a visa waiver agreement in place with the USA, and even with the recent changes, I can still enter as and when I like, so long as I don’t stay more than 3 months.

Secondly was when we went to Europe before Christmas, when we were waved through British and French customs after a cursory glance at our passports, our faces and dress (jeans, T-shirts, fleeces). The boys have often said that even travelling as an all-guys’ group to European coding conventions, they are pulled over and asked all kinds of questions. Sure, we were pulled and the car was frisked for firearms and drugs, but that’s pretty standard these days. I hadn’t expected to get through customs that easily, though. Maybe the fact that I was married to the driver had something to do with it?

And talking of passports, just tonight, also on The Guardian, there is an article about the inability of immigrants, asylum seekers and refugees to open bank accounts because the bank staff don’t recognize the Biometric Residence Permit issued to them by the Home Office. The last time I had to open a bank account abroad was many years ago with the assistance of the company I was contracted to work with. I’d not like to do that these days, but I’m sure the NHS must have some way of helping its legions of staff coming from overseas to open bank accounts. Why the banks can’t be as accommodating when the Home Office-issued permit carries legal ID status is beyond me.

I’m sure most of you reading this have some form of ID. Is it accepted in other countries as well as your own? Of course, some Brits have passports and some Brits have driving licenses, but what if you don’t drive and don’t travel? What then?

You Can Have My Crazy. I Don't Want It.

I do have the necessary ID, but from what you wrote traveling seems to be getting more complicated so I think I will be happy and stay put.

That sounds like the sensible option, but for those of us with itchy feet it's no comfort. Plus those who are more 'enterprising' will likely come to us whether we travel or not. Without such types the UK as I recognize it would have sunk a long time ago.

Always interesting to hear the views of US folk, because you guys and gals can travel to many different types and climates of places without leaving your own country. In the UK and to a lesser extent, Europe, this is not an option. It's why the Aussies are so travel hungry too, I understand, because they want to experience cultures and locations their own continent can't give them. My US sister Jen has only been out of country once, and that was to Canada. I'm jealous in a way that you can experience such variation without the border and language hopping that goes on here. Not to mention the paperwork and red tape! Grrrr...

Fortunately, I can travel quite a bit and see quite a lot without having to cross a national boundary.

You have to keep up with it if you really like to move from one place to another.

I haven't owned a car since 1995, but I keep my license up to date, always handy for ID and I am sure one day I'll to hire a motor

You're another lucky one though - you don't have to leave your own country to get away to a new place or see people who are different.

In this area of Europe you do. A couple of hundred miles and you're in another country entirely. If you've gone in the right direction, the natives there will speak the same language, otherwise you have to manage as best you can.

Sensible idea, for sure. I don't drive THAT often these days, but I can and do occasionally.