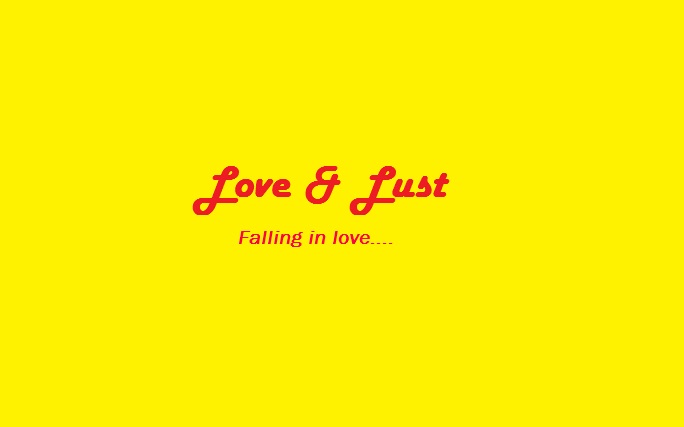 I felt a gust of wind lifting the locks of my hair. I turn behind and see nobody but my heart says that there was someone there...May be Raghav...or may be my imagination. Love is such a strange emotion. You feel a person even when he/she is not with you. When I am with my love, I find peace in his arms even though we don't interact a lot but our minds do the talking. When I am not with him, I feel him near me all the time. I wish...I just wish I could spend all my life with...each and every moment...each and every second...But life is like this...where we spend most of our time away from our loved ones...It's been ages since I dint meet my mom and sister as well...Am dying to just have a glimpse of them..." A tera drops from her eyes and she wipes them instantly, getting back to her work.

Kalpana gets back home and the scene she sees shakes her up. "Raghav..." She says softly and the swollen and hurt eyes of Raghav turn to see her standing near the door as her bag falls to the floor. She looks at him and the glass of wine he's holding.

Raghav tries to get up and balance himself on the ground. Kalpana rushes towards him and holds him saying "You are drunk Raghav?...Why did you drink so much?"

He tights his grip on my hand and pulls me towards him. I can see pain in his eyes, pain that I have caused to him, that I am unaware of. I do not know what hurt him so much and what is the cause of his anger.

I look at his palce face and caress his cheeks, wiping the sweat and anxiety. He touches my fingers and holds my hand saying "Why are you working in that shop?" I was taken aback by his words as they struck my ears. "He saw me? How did he get to know? When did he see me?" I keep asking myself these questions but I did not get any response.

Disclaimer: The character names in the story are fictional characters and owned by the creators of the show "Ek Mutthi Asmaan" on ZEE TV.

Seriously, you are good with words in expressing this love story.