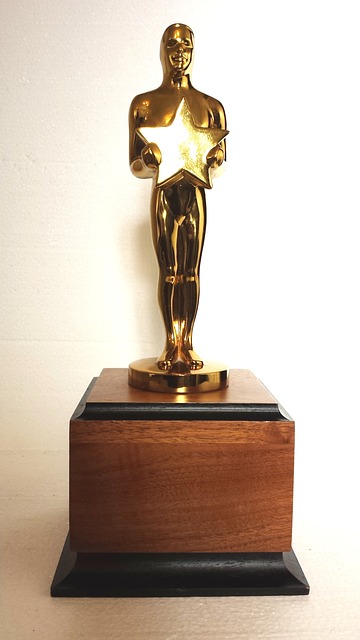 Not being ones to keep up with current events, my husband and I would always hear about the Academy Awards a few days after it happened.

One of us would be surfing the web, and mention to the other that such-and-such won Best Picture. The other would ask which films were nominated, and after reading the list, the response was invariable:

After a few years of this, it made it through our thick skulls that we were quite uneducated, film-wise. We tended to stick to a few genres we liked, and ignored everything else.

Mr. FreebieJunkie had an idea that we should start watching all of the Academy Award nominated films for each year, and then vote on which ones we liked best. This was in 2011.

Since then, we have watched just a little over 250 Oscar nominated films.

Most have been fantastic. Some have been excruciatingly bad.

We started with the 2010 nominees, and worked our way backwards through to the early 90’s. Once we got there, we wanted to mix things up a bit, so we jumped all the way down to the first Academy Awards for the 1928 films.

We tend to bounce around eras now, just picking a year at random and adding all of the movies to our queue. The majority of these films have all been available on Netflix, although some of the really older ones require an inter-library loan request to dig them out of some archives.

This has been a lot of fun. There is a real thrill in reading a film description, thinking I’m absolutely going to despise the movie, and then when it’s over saying, “What a GREAT story!”

2010 was a tough year to start with, because there were ten nominations and the majority of them were fantastic. The nominees for the 83rd Academy Awards were:

The winner that year was ‘The King’s Speech’, which while a very good movie, didn't feel like Best Picture to me.

It was OK, but to me, Winter’s Bone was the superior film for me. That film had me on the edge of my seat, and I was so tense and worked up during the entire movie, I felt like I wasn’t even breathing. Jennifer Lawrence was, I believe, only 19 when she made this film, but she had the screen presence of someone who had been acting for decades.

Mr. FreebieJunkie’s winner was ‘ The Fighter ’, another fantastic film. They all were fantastic, really, with the exception of ‘The Kids Are All Right,’ which was, I believe, actually a Lifetime Television for Women made-for-TV movie that somehow got misfiled. I mean to me, it was a good movie, but nothing in it really screamed Oscar-worthy.

I also felt ‘ The Social Network ’ got a bad reputation for being known as ‘the Facebook movie’, and was disregarded by a lot of people who just don’t like or understand Facebook. I actually thought the film was about everything BUT Facebook, not to mention that it was a fictionalized story.

I thought it was a really wrenching film about friendship and betrayal. The last scene of the very wealthy yet very lonely lead character sitting by himself in an empty conference room, refreshing his browser again and again and again and again, waiting to see if an ex-girlfriend would accept his friend request made me cry.

Some of the older movies have been real hoots, and we’ve had friends over to watch them. It’s funny to see a room full of people laughing hysterically at what must have been the tear-jerker movie of the year eons ago, just because the storyline or acting is so implausible. I’ll write about a few of these in later articles, because some are just too goofy not to share.

I had posted a poll over at Toluna to see what film people there liked the best long ago, and the winner there was King’s Speech as well. The poll is still up at the link below if you'd like to check out some trailers or give a vote

When Buying Headache Medicine Makes You Feel Like a Criminal

I have not seen any of those you listed. But I dont try to keep up with the movies anymore

Of those listed for 2010 I have only seen The King's Speech. I enjoyed it very much.

I would have picked The Social Network. There are far better boxing films than the routine The Fighter. The King's Speech was Masterpiece Theatre fare. You are right The Kids Are All Right being Lifetime. True Grit a pointless remake. 127 Hours a one man show. Winter's Bone missed for me as I have seen similar.

We rarely go to the theater, but we have a steady stream coming from Netflix and the library of both old and new

I know my husband was really wowed by it.

I thought Social Network was brilliant in many ways. I found the score amazing.