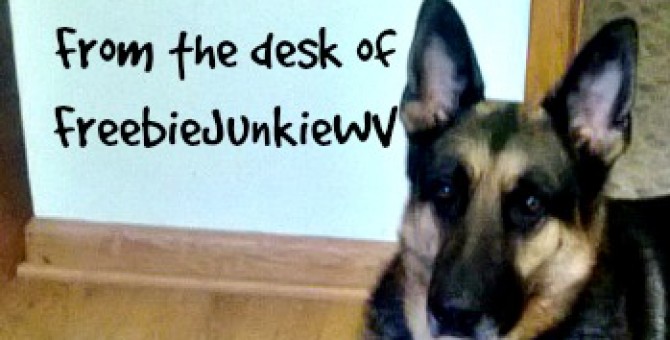 Since our move, the dogs had gotten absolutely beside themselves with separation anxiety when we left. We had two German Shepherds, Pluto and Fritz.

Fritz tragically passed from cancer last summer, and he had the worst anxiety. He developed a new and horribly disturbing habit of putting his tail in his mouth, and then spinning frantically when we left the house. Seriously it was so upsetting to watch. I was in hysterics the day I came home to find this, after just leaving the house to go grocery shopping.

We got him a cone of shame but he actually managed to bend it so badly he broke the side the last time we were both gone. He did the biting the tail / spinning like a dervish to the point of bleeding. Tranquilizers from the vet did absolutely nothing.

We did crate training with them using positive reinforcement,desensitization and counterconditioning. Our Pluto hadn’t been in a crate since he was a puppy, and I don’t believe Fritz had ever been in a crate once, as we got him as an adult. Our first steps were to make the crates happy fun time places. The doors were always be kept open, and all toys had been moved from the living room into the crates. Also, they only got treats inside the crates. This way they associated the crates with fun places.

After a week of having the crates just be happy fun places where the doors were always kept open, we started adding Kong toys with treats inside them, closing the crate doors, and leaving the room for a few minutes. The Kongs kept them distracted enough to be OK with having the crate doors closed, and then I gradually increased the amount of time that I left the room.

After a week of that, then my husband and I both left the house for short periods while they were crated. This was a long, slow process, but thankfully it helped with his anxiety. While I still grieve his loss, I am so thankful that the crating process helped, and he no longer had that terrible anxiety on the times when we had to leave the house.

Photo credit: My photo, my sweet Fritz. This picture was the image credit I used to always used on another writing site, which is long gone! Now that we’re no longer in West Virginia, I’ve dropped the “WV” from my user name :)

I didn't know dogs could have separation anxiety. We have only ever had one dog and she died several years ago, aged 14.

Poor things. Glad you had the patience and the knowhow to see them through it. Believe it or not, my cat had separation anxiety. He's gotten over it. As a kitten he used to hide behind a bookcase till I got home from work. We had to negotiate on things like the cat box.

Sorry about Fritz. Any change can really upset an animal. Glad he was at peace before his time came

I am very sorry for your loss but am glad to see that you took the time and patience necessary to help Fritz with his anxiety. A lot of less dedicated pet owners would not have gone to the lengths you did.

Sorry for your loss and that was great you cared enough to find what would help your family pet member. It takes time and patience but completely worth it.

I didn't either until ours started stressing out when we left the house. They used to always be OK with it, but I think the move triggered a lot of fear in them.

Oh I do believe it! Cats have a reputation for being so independent, yet I have known some who could be very fragile emotionally.

Thank you so much. We are too.

Yes the one Shepherd we have does that now. In fact, he's sitting right next to me staring at me intensely, which is his dog speak for "I reeaaallllyyy need to go outside" :)

Thank you, that's very kind of you to say. I just feel it comes with pet ownership, and also in all honesty, taking the time to condition them in the end makes my life less stressful. I just couldn't enjoy myself outside of the house if I was worrying all the time that he was hurting himself.

I think it's worth . Like I said above, it just makes everyone's life easier. Thank you so much

Yes. He's a good little furball, though. Like all cat, he does things for no apparent reason.

Sorry for that. It is not really cool to see them doing things that they don't do when they were healthy and it is really frustrating to see them dying. I hate it when my cat passed away he is so thin... unlike when he was so healthy he is fat and so white. God bless.