Why Do I Bother Using the Library? 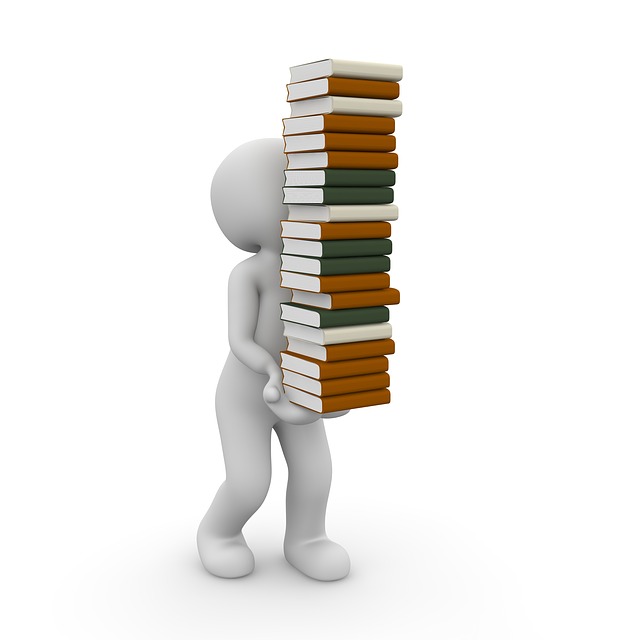 I grew up using a library. I remember being about four years old and getting my first library card.


Every couple of weeks, I would bring back several new books, read them, and then the day they were due, we made our way back to check them in and check several more out.

At some point, reading became a chore. I wanted to learn, but there was something about reading that lost its luster for me when I was about 10-years-old.

It may have been the summer of 1965 when, as a punishment doled out by my father, I was required to write two 10-page papers using six books each for reference. I had two months for both papers. I only remember the topic of one of the papers--Australia.

My offense? I received a C--an "average" grade--on my report card.

All I could see each time I went up to my bedroom was the pile of those books. I was not allowed to play outside much that summer. I spent a lot of time alone in my room staring at books that held no interest to me. I would hide my "Nancy Drew" books and reread them, so that when someone yelled up the stairs asking what I was doing, I would be not guilty of lying when I answered, "Reading these books."

I think this is when I learned how to skim books for just enough information to satisfy the task. When the due date started to get closer and closer, I wrote a bunch of "stuff" down. It was probably plagiarism, at its finest. I only knew I had to put something down to make it look as if I were working on it.

I am certain that this situation had something to do with how I later viewed research and deadlines.

I have had a library card for many years. It has been a long time since I have used it as I did in the early 1960s.

I do go in occasionally to browse around, as I love being surrounded by books. I do not like that it is so noisy today, and have found myself "shushing" others sometimes. I am sure that they have no idea why "the old lady is being so bitchy."

Over two years ago, I moved into townhouse located on a military installation. The local county library has a bookmobile visit every two weeks. I began my entry back into the library system using it, and checked out two books on beading projects, and three movies.

I skimmed the books for ideas, and turned them back in on-time. I returned one movie without watching it, and I renewed the other two. I never did watch them.

I have gotten a little better, but still I am taking books and movies back that I do not watch. I have run the risk of turning them in late and being charged 25 cents per item each day that I am late.


Perhaps I should just look for old Nancy Drew books while I am there. I might get through them quicker.

Copyright © 2015 Coral Levang Content many not be used without written permission. Adapted from the original published on Bubblews January 5, 2014; later removed by author.

Their Names Were Schoep and John

When you go to sleep early, do you wake up in the middle of the night?

I love libraries. Great place for free DVDs and books. Catch up on newspapers and magazines. Access to computers in case the home PC goes down. Reference sections have been eliminated in light of the internet. I have found libraries quieter because they are shunned by the young.

Perhaps I am hanging out at the wrong libraries. I find them a meeting place for the young and a warm, dry, safe place for the indigent, and it's noisier than I would like.

I do like being there, but I am still getting over some of the old "tapes" running through my head.

I never go to the library at all anymore. Do shop for used books on ebay when I want something to read

I do that, and then never read them. *rme* I probably should just give up on books. LOL

You said you were visiting a bookmobile? Big difference from a large city library building with several seating areas. Maybe I am not going after school when kids invade. I just don't see anyone young. The computers get the most action. Older people perusing DVD titles and reading periodicals. The stacks are pretty deserted.

No, I don't visit the mobile one. I'm never here when it is. It's where I got the card and how I started.

I adore libraries, and I work part time at one as well. I've loved them since I was a little girl.

I loved libraries when I was a kid and used to spend all kinds of time in the reference section learning new things.

Yeah, I don't get why people think it's okay to talk in the library--even the librarians set a horrible example by speaking in normal voices instead of hushed tones. I can't read with all the noise

I am right there with you.

Libraries are great places, but today they are used for discussion groups as well as for storytime activities for preschoolers and parent groups. Not just a study place anymore.

I think just pick up one book and one movie which you are sure to finish. If I were you I would pick up a small collection of short stories-even if it is for children.

If I had a chance, I would visit the public library weekly. But a library is not conveniently located to the apartments where we live. Rather let me say … when you lived in a nice house and the library is a 5 minute walk up the street. Then you now live somewhere else and you have to get in a car and drive through traffic, even though it might be 10 or 15 minutes, and you don't have a card like you did with the other community library … you lose your enthusiasm. I so wish I could walk to the library like I used to.