The plan took a new direction

I had a tough conversation yesterday. I was not afraid to have it, but there are some that feel awkward to have.

I thought I had made a decision. My intent was that I "was done." My mind was made up.

I began by asking about the direction we were taking. I shared my concerns and frustrations. I continued with a bit of back story. I said the words, "I do not feel valued any longer." I owned my own "stuff." I also listened.

By the end, I made a decision. It was not the one I expected to make.

I presented three options-- 1. Disassociate altogether; 2. Go back to what has been the standard; or 3. Associate with clear boundaries with which we both can tolerate.

I knew that Option 2 was not going to happen. I found myself saying that Option 1 was not really what I wanted, but I understood that we might both agree it was time to do so.

I suggested three more months, setting definitive guidelines as the plan of action. We both stated what was needed, expected, and desired. Three months, but one day at a time.

It felt good to have a conversation where two adults could approach the situation with open communication, willing to listen and seek to understand.

It is also nice to know that I am mature and flexible enough to change my mind, even if I thought it was already decided.

There was a time that I might not have budged.

Something is eating at me

Communication is always good, but I hope both and all parties are really listening. 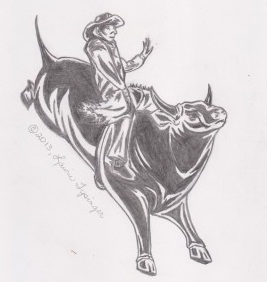 CoralLevang this is a simple yet practical way to make decisions. Thanks!

It's good that this conversation went well. Communication is good to have. It definitely helps, especially when both are listening, and are taking what the other says into consideration.

Hopefully this is a step in the right direction for you, and things improve.

I love that you were assertive...that is a valuable trait. I've never been much of an assertive person myself, but I am finding it a bit easier and happening more often as I grow older -- although I think it is mental maturity, not body maturity that makes the difference. Good luck to you -- whatever the outcome, you'll know that you made the best efforts for you.

When both parties are willing to cooperate in good faith, then a amicable compromise can usually be reached. If one party closes themselves off to the possibility of accommodating the others needs, an impasse is the likely outcome and the long term effect can be total dissolution of the working arrangement.

If you believe in your self, I am confident you have made the correct decision.

There is nothing wrong with you putting things the way it is and expected. You are a tough lady. I like that. Direct and to the point. I am sure things will work just fine though.