The Year I Lost My Childhood 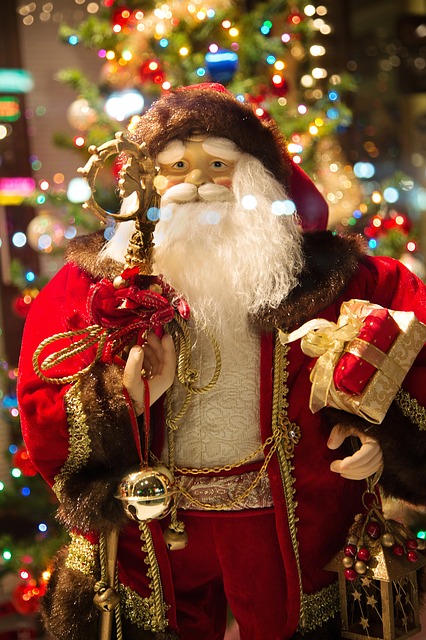 We stayed up all night waiting for Santa to arrive. We hoped to catch a glimpse of the magical elf and his reindeer on his way through our town.

As the time ticked away, my brother, sister and I (there were two who were born a few years later) would share our wishes for whatever was on our list we mailed to Santa earlier that month. The time seemed to move so slowly.

We all began to yawn, but my sister was usually the first to nod off and I carried her to her bed. It was now my brother and I who were peering out the window to see if we could see the silhouette of Santa and his sleigh against the night sky.

More yawns. More nodding off. Our parents would warn us that if Santa were to fly by and realize we were awake, he would go to another home first. My brother was the next to make his way to his bedroom.

I usually fought sleep the hardest. Now it was only me (and my parents) and we would talk of all kinds of things until I could no longer keep my eyes open. My mother told me I should go to bed since I was falling asleep.

"Will you wake me when Santa arrives?"

The next morning all the stockings were filled, and there were toys under the tree and after a quick inquiry as to why they hadn't woken me when Santa arrived, it was soon forgotten as I watched my sister and brother gleefully empty their stockings. It was always my favorite part of Christmas morning.

But as I emptied my own, I feigned surprise. I smiled and no one ever knew that Christmas had lost its charm.

It was Christmas 1964 and at nine-years-old I wanted to so badly to stay awake all night to see Santa and his reindeer, and I wanted my parents to wake me when he got there.

That was the year that I carried the burden of having been told by a teacher that there was no Santa Claus. That was also the year that I realized she was the one who was telling me the truth.

What Are Skinny Mashed Potatoes?

I had never known Santa when I was a kid...that I think is more sad than yours. LOL

Is this not something that is not practiced in the Philippines?

This is a very interesting story and I'm sorry you were so disappointed in not seeing Santa. Have you ever gotten the chance to play Santa to your daughter or other kids?

Never with the red suit and beard, if that's what you mean. But I have played Santa in gift giving many times.

Christmas 1964 well being only six months old I do not remember much, but Santa Claus is a feeling people feel when they help others in whatever they do throughout the year whether it be teaching, writing, nursing or counseling or doing whatever.

I would have ripped a teacher a new one for telling that to my child. Sorry you had to learn that way

I was in 5th grade, so most did not believe at that point, even in those days.
And her words were, as we were getting ready to go on break, "I am not telling you to tell your brothers and sisters there is no Santa Claus, but do remind them that Christmas is about Jesus."

My heart sank that day. And I told no one until I asked the question of my mother at Easter the following spring.

I don't have children, but I think if I did, I would not tell them about Santa. They'd get toys and such, but none of them from Santa. For just this reason.

It still would have been better from your parents confirming it. But like that she maybe just assumed you already knew. My ex told the boys before my youngest was even in school just so he did not have to buy from Santa. I got it back for them for a little while by telling them that Santa would only stop at my house for them since that was where they lived the most. He did tell them he was kidding with them about it after I got done with him.

When I first learned there was no physical person named Santa Claus I was nine. I never saw the knowledge as a burden. Rather, I felt I'd joined a special club of grown ups who knew The Secret and why it was important to protect the magic for the younger kids. I still believe in the spirit of giving represented by Santa Claus and when my students ask me if I believe I tell them "Yes, I do!"

I find it interesting that your teacher emphasized that Christmas was about Jesus and not Santa. Was she Catholic, by chance? The history of the Protestant Church regarding Christmas is a massively hypocritical one. Until the late 1800s most Protestant Churches refused to recognize Christmas at all and at one time it was outlawed in many northern states. Now those same Churches are the ones screaming about keeping Christ in Christmas.

I grew up in such a weird family. I was the eldest, and I was supposed to "protect" the family and all the secrets, so this was just one more that needed to be kept. I need to find the piece I wrote about asking my Mom about it at Easter time.

Santa visited me in many places and I believed for a long time. I was always told he was real if you believe in him, so I kept believing. I suspected the truth, but I don't think I really wanted to know it.

I believe in the spirit of the season, but I want to show that year 'round.