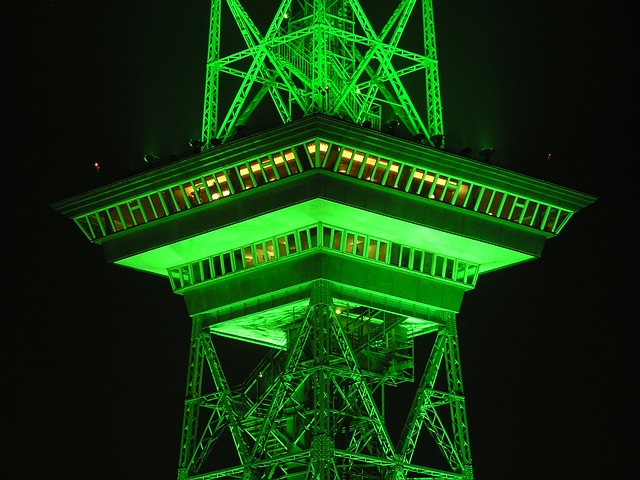 While watching the World Series I saw a rather interesting ad. There's a movement underway, sponsored by Wal-Mart, called "Green Light a Vet." You're supposed to shine a green light (which you obviously buy at Wal-Mart, given that most of us don't have green lights lying around the house) to show your support of veterans.

Let me tell you a few things about being a veteran. You have to deal with a bureaucracy that seems to relish in making a veteran's life as miserable as humanly possible. The average time for processing a veteran's disability claim is THREE YEARS ...and that doesn't count the appeal process should the claim be denied.

VA hospitals treat veterans like dogs...in fact, my veterinarian treats dogs better. (I'd be sued by the SPCA if I took a dog to a VA hospital.) My brother (who's also a veteran, and the one who inspired me to join the Navy when I was 19) and I were discussing this one night, and the consensus we reached is that those doctors are on salary, meaning they make $154,000 a year (per a website showing VA employees' salaries) whether they treat 100 people a day or nobody. That's no incentive (as opposed to a "civilian" doctor, whose cash register only rings if he/she has patients and provided good enough service to keep those patients) to give quality treatment.

A recent survey of homeless people in Louisville, conducted by volunteers who actually went to the homeless and talked to them, showed that one out of five -- that's 20% -- living on the streets in Louisville is a veteran. These people aren't homeless because they're irresponsible, mind you. Many of these veterans cannot find work. I was told to my face by a former supervisor that she would never have hired me if she had seen my résumé.

Yes, there is a growing anti-veteran sentiment in America. This goes back to the Vietnam war. It improved in the aftermath of 9/11 (when America saw exactly what veterans protected them from), but that was 14 very long years ago. Last year Veterans Day saw more than a few negative op-ed pieces blasting America for "worshipping" the "warmongers" (as if a soldier can start a war on his/her own, but the politicians who actually start or prolong wars never get spat on, they get re-elected and showered with affection).

Most troubling of all: EVERY DAY 22 veterans kill themselves. Only God and they know what they've seen in the teeth of battle (and I don't care what a movie like Full Metal Jacket or Platoon [or even a comedy like Stripes, where Psycho kept wanting to "kill someone"] says, these people do NOT want to kill people...least of all, women and children that get coerced or forced into being human bombs). The VA goes out of its way to delay treatment for PTSD and other emotional scars, and even a sleazy politician said that giving more money to the VA to help treat veterans in an effort to curtail the high suicide rate was "a waste of money" (thankfully that explicit deleted isn't running for re-election).

Think for a moment about all of these organizations that exist to help veterans. That's work the VA should be doing, but they aren't.

Turning on a green light is only going to make you think you've done something. If you truly want to help a veteran, write your Congressman and demand that the VA treat the veterans with PTSD with the same quick service the government provides to illegal aliens or foreign countries with disasters. Call your homeless shelter and ask if they have special services for veterans. Ask your employer to actively and aggressively pursue employing veterans. Tell a Vietnam-era veteran how sorry you are he was treated the way he was when he came home. A green light is only going to burn electricity at your house, but it's not going to help stem the tide of the 22 lights permanently extinguished by suicide daily in the veteran community. That is going to take action , not cutesy green lights.

As a navy veteran myself, I second everything which you say so well in this post. Yes, turning on a green light for a vet is nonsense. A lot more must be done!

Very good work why don't you try to get this piece published in a magazine or a newspaper as an op ed piece. It really made me think.
I remember a few television shows from the late eighties like China beach and Tour of duty they were both set during the Vietnam War. Both stories told the stories of the character in the war and when they went home.
I was a young child during Vietnam and only remember what I saw on the evening news, but these shows even dramatized showed me a little more than the reporters did. I still thank the Vietnam vets for letting me have a childhood then.

Veterans of any wars should be given better treatment by our government instead of being treated like second class citizens.